What is Chase Utley's Net Worth, Salary and Career Earnings?

Chase Utley is a retired American baseball player who has a net worth of $55 million. Chase Utley is considered one of the best players of his generation. Chase Utley played for 16 seasons in the MLB. He spent the majority of his career with the Philadelphia Phillies, winning the World Series in 2008. Utley also played for the Los Angeles Dodgers from 2015 to 2018.

Utley was considered a breakout star at Long Beach Polytechnic High School before attending UCLA. He was drafted in the second round of the 1997 Major League Baseball Draft by the Los Angeles Dodgers with the 76th pick but did not sign. He played for an amateur baseball team while still attending UCLA and was drafted by the Philadelphia Phillies in the first round of the 2000 amateur draft.

Chase Utley was born on December 17, 1978 in Pasadena, California to Terrell and David. He was raised with his younger sister, Taylor Ann, in Long Beach. As a teen, Utley went to Long Beach Polytechnic High School, where he played baseball alongside fellow future MLB player Milton Bradley. In his senior year, he hit over .500 and earned All-American honors. Although Utley was drafted by the Los Angeles Dodgers in 1997, he turned down the offer to attend UCLA. As a junior with the Bruins in 2000, he hit .382 with 22 homers to lead the team to the NCAA Super Regionals. While at UCLA, Utley played collegiate summer baseball for the Cape Cod Baseball League's Brewster Whitecaps and the Cotuit Kettleers.

In the 2000 amateur draft, Utley was drafted in the first round by the Philadelphia Phillies. He went on to play for the Phillies' farm team with the Batavia Muckdogs. The following season, he played with the Clearwater Phillies. For the subsequent two years, Utley played with the Scranton/Wilkes-Barre Red Barons of the Class AAA International League. In 2003, Utley made the International League post-season all-star team.

Utley made his major league debut with the Philadelphia Phillies in April of 2003, playing as a pinch hitter against the Pittsburgh Pirates. Although he was optioned back to the minors shortly after this, he returned in August to become the Phillies' new second baseman. Over his 43 games in his debut season, he posted a .239 batting average. The next season, Utley played in 94 games and hit .266 with 13 home runs. He went on to improve this record in 2005, hitting .291 with 28 home runs.

Utley had his best season yet with the Phillies in 2006, going on a 35-game hitting streak to tie Luis Castillo for the longest hitting streak by a second baseman. Moreover, he won the Silver Slugger Award as the best-hitting second baseman in the National League. The next season, Utley posted a .332 batting average with 22 homers and 103 RBIs, and helped bring the Phillies to their first playoff appearance in 14 years. The team went on to make it to the NLDS, where they were swept by the Colorado Rockies. In recognition of his season, Utley won his second consecutive Silver Slugger Award.

Utley's peak with the Phillies came in 2008. In April of that year, he hit a league-best 11 homers. The month after that, he hit eight more. In June, Utley hit his 20th homer of the season to bring the Phillies back to first place in the National League. He ultimately helped lead the team to the playoffs, and then to its first NL pennant since 1993. The Phillies subsequently took the World Series title, their first since 1980.

Utley had another strong season in 2009, leading the majors in hit by pitch and posting a perfect stolen-base percentage, with 23 steals. The Phillies once again made it to the World Series. Although the team lost to the New York Yankees, Utley had a major accomplishment by hitting five homers, tying with Reggie Jackson and George Springer for the most in a single World Series. Over the subsequent years, he was significantly impacted by chronic knee problems. Despite this, Utley managed to hit his 200th career homer in 2013. His final two years with the Phillies were not as great, with further injuries hampering his performance. 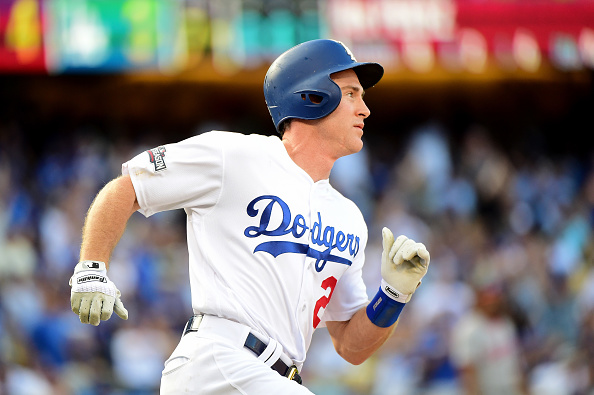 In August of 2015, Utley was traded to the Los Angeles Dodgers. During his first season with the team, he was able to regain some of his past success, hitting three homers and making it to the NLDS. In 2016, Utley recorded his 1,000th career run, and once again made it with the Dodgers to the NLDS. The following season, he posted his 1,000th career RBI and his 400th career double; he also went with the Dodgers to the World Series, ultimately falling to the Houston Astros. Utley played his final season in 2018, with his final game against the San Francisco Giants at the end of September.

In early 2007, Utley married his wife Jennifer, whom he met when they were both attending UCLA. The couple has two children, and lives in Sausalito, California during the baseball offseason.

Passionate lovers of animals, Utley and his wife have raised more than $45,000 for the Pennsylvania Society for the Prevention of Cruelty to Animals. Additionally, Utley has worked as an advocate for PETA, appearing in a video to encourage people to adopt animals from shelters. He and his wife are particularly outspoken proponents of rescue dogs, especially pit bulls. 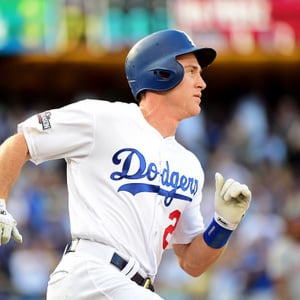