Chad Billingsley Net Worth: Chad Billingsley is an American professional baseball player who has a net worth of $24 million. Born in Defiance, Ohio, in 1984, Chad Billingsley was set to attend the University of South Carolina to play for the Gamecocks when he landed a contract with the Los Angeles Dodgers straight out of his local high school.

The Dodgers made Billingsley their first round draft pick in 2003. The right-handed starting pitcher made his Major League Baseball debut with the Dodgers about three years later on June 15, 2006. To date, he has played every game of his career with the Dodgers, amassing an 81-61 career win-loss record to go along with a 3.65 earned run average, and 1,037 strikeouts through the 2013 season. Billingsley's 2013 season was cut short by injuries. When he attempted to come back to pitch for the 2014 season, he was forced to underdo surgery on his elbow that kept him sidelined for the duration of the league year. Soon after, the Dodgers opted not to pick up his option for the 2015 season. As of the fall of 2014, Billingsley is a free agent. He and his wife, Tiffany, have been married since 2006. They live in Pennsylvania and California. 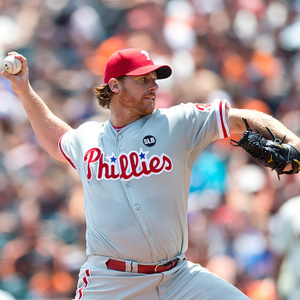