Cecil Fielder Net Worth: Cecil Fielder is a former American professional baseball player who has a net worth of $20 million. Born in Los Angeles, California, in 1963, Cecil Fiedler was first drafted by the Baltimore Orioles in 1981, but didn't sign a contract. A year later, he was drafted by the Kansas City Royals and later traded to the Toronto Blue Jays.

Fiedler made his pro playing debut on June 20, 1985 for the Blue Jays and he played in Toronto until 1988 before joining the Hanshin Tigers in 1989. Fielder went on to play for the Detroit Tigers from 1990 until 1996, the New York Yankees from 1996 until 1997, the Anaheim Angels in 1998, and the Cleveland Indians in 1998. The right-handed first baseman and designated hitter was part of the Yankees' 1996 World Series championship-winning team. He is a three-time MLB All-Star (1990, 1991, 1993) and a two-time Silver Slugger Award winner (1990, 1991). Fielder also led the American League in home runs in 1990 and 1991 and the American League in runs batted in three times from 1990 until 1992. He finished his pro playing career with a .255 batting average to go along with 319 home runs and more than one thousand runs batted in. He became the first player to hit 50 home runs in 1990 since George Foster did it 13 years prior. Following his retirement, Fielder made headlines for several alleged domestic and gambling incidents that came to light after his divorce. Fielder's son, Prince Fielder, is also a Major League Baseball player. 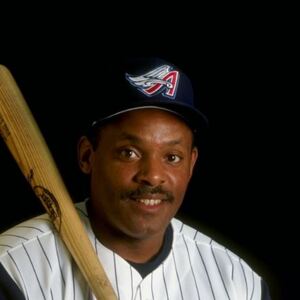