Carlos Quentin Net Worth: Carlos Quentin is an American professional baseball player who has a net worth of $23 million. Carlos Quentin was born in Bellflower, California in August 1982. Quentin is a left fielder who bats and throws right handed. He played baseball, football, and basketball at University of San Diego High School and won two Western League Championships with the baseball team.

He was also named Western League Defensive Player of the Year as an outside linebacker. Quentin attended Stanford University and was All Pac-10 for the three seasons he played. He was drafted in the 2nd round of the 2003 Major League Baseball Draft by the Arizona Diamondbacks. After playing in the minor leagues Quentin made his MLB debut for the Diamondbacks in 2006 and played through the 2007 season. Quentin was traded to the Chicago White Sox in 2007 and played there until 2011 when he was traded to the San Diego Padres. He signed a three year $27 million deal with the Padres in 2012. Quentin was an MLB All-Star in 2008 and 2011 and won a Silver Slugger Award in 2008. 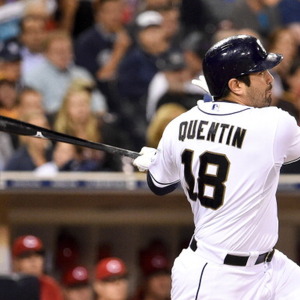