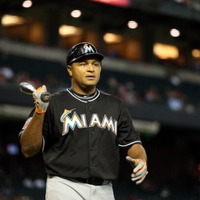 Carlos Lee net worth and salary: Carlos Lee is a retired professional baseball player who has a net worth of $60 million. During his career Carlos Lee played for the Chicago White Sox, Texas Rangers, Milwaukee Brewers and the Houston Astros. He was born in Aguadulce, Panama in 1976. He has a brother, also named Carlos, who is a player for the Milwaukee Brewers minor League. He is married and has three children, a son, Karlos, and two daughters, Karla and Cassandra. Lee is a three time All Star for 2005, 2006,and 2007. He has also won the Silver Slugger Award twice, once in 2005 and once in 2007. In 1999, Carlos made his debut playing for the Chicago White Sox and remained with the White Sox until 2006. He was also a designated hitter, for a few games, because of his ability to hit both power and average. He was given the nickname of El Caballo, (the horse) by Ken Harrelson, a White Sox TV announcer and Lee's fan club goes by the name of Los Cabillitos (Little Horses.) In the 2005-2006 season Lee was traded to the Milwaukee Brewers. In 2006 he was traded to the Texas Rangers. The Brewers tried to re-sign Lee, but could not come up with a satisfactory deal. So he signed a contract with the Rangers. Later that year Lee signed a six year contract with the Houston Astros.