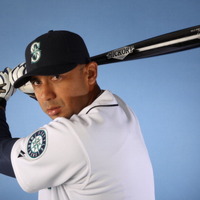 Carlos Guillen is a former Venezuelan professional baseball player who has a net worth of $35 million. Born in Maracay, Venezuela on September 30, 1975, Guillen is best known for playing as a shortstop in Major League Baseball. He made his debut with the Seattle Mariners on September 6, 1998 and later played for the Detroit Tigers from 2004 to 2011. He maintained a batting average of .285, a record of 124 home runs, and 660 runs batted in. He is a three-time All-star for the years 2004, 2007, and 2008. Guillen began with the Mariners as a second and third baseman but later returned to shortstop. In 2001, he was diagnosed with pulmonary tuberculosis but recuperated within a month to prepare for the American League Championship. During his bout with the Detroit Tigers, Guillen suffered an injury to the hamstring preventing him for playing for a good portion of the 2004-2005 offseason. He was later moved to second base due to wearing mobility and in 2009 was moved to left field. He eventually moved back to second base after recovering from a shoulder injury as well as his hamstring, however he endured microfracture surgery on his knee shortly after. He became a free agent of October 30, 2011 and announced his retirement on March 6, 2012 after having signed a Minor League contract with the Seattle Mariners with an invitation to spring training. He is currently married and has three children.