Carlos Delgado is a former Puerto Rican baseball player who has a net worth of $65 million. Born in Aguadilla, Puerto Rico on June 25, 1972, Delgado began playing Little League Baseball as a small boy. He debuted in Major League Baseball on October 1, 1993 with the Toronto Blue Jays and later played for the Florida Marlins as well as the New York Mets.

With a batting average of .280; 2,038 hits; 473 home runs and 1,512 runs batted in, Delgado played as a first baseman and batted left while throwing right-handed. He is a two-time All-star for the years 2000 and 2003, a three-time Silver Slugger Award winner, received the AL Hank Aaron Award in 2000, the Robert Clemente Award in 2006, is an AL RBI champion, and received the honor for the Toronto Blue Jays Level of Excellence. Delgado also managed to hit four home runs in one game on September 25, 2003. He also received a silver medal for the World Baseball Classic in 2003. He made his last appearance in the MLB on May 10, 2009 with the New York Mets and officially announced his retirement on April 13, 2011. He later became the new member for the Board of Development for the Puerto Rican Full-Time Athlete directed by the Department of Sports and Recreation of Puerto Rico. Delgado is currently married to Betzaida Garcia and has a son by the name of Carlos Antonio and a daughter named Mariana Isabel. 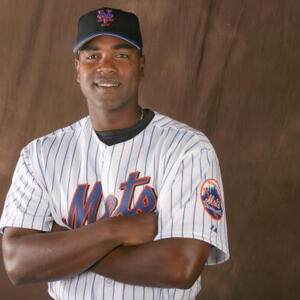