What is Cal Ripken Jr.'s Net Worth, Salary and Career Earnings?

Cal Ripken Jr. is a retired American professional baseball player who has a net worth of $75 million. Cal Ripken Jr. who played for 21 seasons as a shortstop and third baseman with the MLB's Baltimore Orioles. A 19-time All-Star, he won two Gold Glove Awards for his defense, Ripken is perhaps best remembered for breaking Lou Gehrig's record for consecutive games played, a record that had stood for 56 years and many deemed unbreakable. Cal Ripken, Jr. was elected into the National Baseball Hall of Fame in 2007, his first year of eligibility.  Considered one of the best shortstops and third basemen in the history of baseball, Ripken holds the record for most home runs hit as a shortstop.

During his career, Cal Ripken, Jr. earned a total of $70.7 million in salary. His highest single-season salary was $6.85 million, earned in 1997, though he earned right around that much from 1993 through the end of his career in 2001.  That's the same as making about $11.5 million per year today.

Cal Ripken Jr. was born in 1960 in Havre de Grace, Maryland to Cal Ripken Sr., a coach for the Baltimore Orioles organization, and Violet. He is of English, German, and Irish descent, and has three siblings: sister Ellen and brothers Billy and Fred. Growing up around baseball, Ripken got started at a young age, often receiving instruction from players on teams coached by his father. He attended Aberdeen High School, where both he and his brother Billy played baseball.

In the 1978 Major League Baseball draft, Ripken was drafted in the second round by the Baltimore Orioles, which assigned him to the Bluefield Orioles of the rookie Appalachian League. The next year, he moved up to the Single-A Miami Orioles of the Florida State League. That summer, he hit his first professional home run, and was subsequently named an All-Star at season's end. In 1980, Ripken played with the Charlotte Orioles, hitting 25 home runs and earning another All-Star title. He followed this by joining the Rochester Red Wings, with which he played the longest professional baseball game in history at 33 innings and over eight hours.

Ripken made his debut in the major leagues in August of 1981, serving as a pinch runner for Ken Singleton in the 12th inning. Although he received the position of third baseman in 1982, Ripken was soon permanently shifted to shortstop. That year, he hit 28 home runs and was honored with the American League Rookie of the Year Award. In 1983, Ripken had even greater success. He earned the first of his 19 All-Star titles, and set the Orioles record for RBIs by a shortstop and hits by any player. Moreover, he led the major leagues in both hits and doubles, and led the American League with 121 runs scored. Upon being named the AL Most Valuable Player, Ripken became the first MLB player to win Rookie of the Year and MVP Awards in consecutive seasons. The Orioles ended up winning the AL East in 1983, and beat the Philadelphia Phillies in the World Series.

Ripken was once again named to the All-Star Game in 1984. Despite failing to win a Gold Glove, he set an American League record with 583 assists. Another significant achievement came in 1986; although it was a tough season overall for the Orioles, Ripken managed to record a 17-game hitting streak. For the 1987 season, Ripken played alongside his brother and fellow Oriole Billy in the same game. In August of 1989, Ripken and Billy combined for seven hits in a game against the Boston Red Sox, setting an AL record for hits by brothers.

Orioles in the 90s

Although Ripken didn't do so well offensively in 1990, he broke the record for most consecutive errorless chances by a shortstop, going for 95 straight games. One of Ripken's best career years came in 1991, when he hit 46 doubles, stole a career-best six bases, and hit five triples while recording the lowest strikeout rate of his career. That season, he was named an All-Star, won the Home Run Derby, and received his first All-Star Game MVP Award. He also won his second AL MVP Award and his first Gold Glove Award. In 1995, Ripken broke Lou Gehrig's record for most consecutive games played; he voluntarily ended his 17-year streak at 2,632 games before the final home game of the 1998 season. The following year, Ripken had the highest batting average of his career with .340. He also had the best single game of his career when he tied a club record with 13 total bases against the Atlanta Braves. 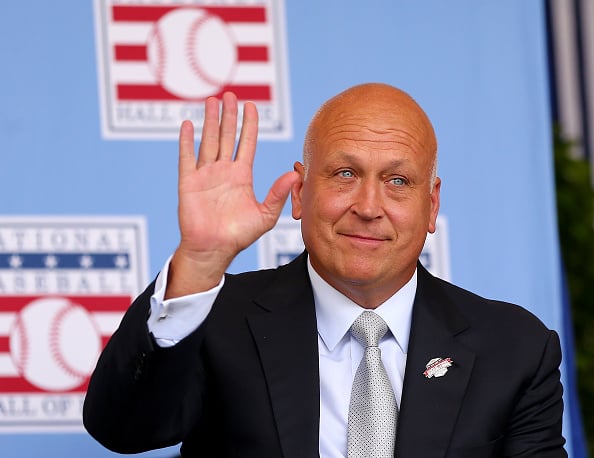 In early 2000, Ripken joined the 3,000 hit club in a game against the Minnesota Twins. The next year, he announced that he would retire at the end of the season. For his final year, he was named the All-Star Game MVP and was given the Commissioner's Historic Achievement Award.

Ripken has been involved in numerous charitable endeavors throughout his career. In 1984, he distributed Orioles tickets to underprivileged children in Hartford County, and donated to the Hartford Center. He has also donated to support research on Lou Gehrig's disease, and helped create the Cal Ripken/Lou Gehrig Fund for Neuromuscular Research at Johns Hopkins University. With his brother Billy, he launched the Cal Ripken Sr. Foundation to help underprivileged children attend national baseball camps. In 2007, Ripken was among a group of athletes who founded Athletes for Hope, an organization that encourages professional athletes to get engaged in charitable causes.

On the business side of things, Ripken has purchased a number of minor league baseball teams over the years, including the Aberdeen IronBirds, the Augusta GreenJackets, and the Charlotte Stone Crabs.

A successful author, Ripken has penned around 30 books, including the New York Times bestseller "The Only Way I Know," cowritten with Mike Bryan, and "Play Baseball the Ripken Way: The Complete Illustrated Guide to the Fundamentals," one of many titles he cowrote with his brother Billy.

For many years, Cal lived in a 22,000 square-foot custom-built mansion in Reistertown, Maryland. Sitting on 24-acres, Cal listed the property for $12.5 million in September 2016. That price proved to be extremely optimistic. He ultimately lowered the price a number of time times before finally accepting just $3.465 million in 2018. The buyer was fellow baseball player Adam Jones.

Here's a video tour from when Cal was selling the home:

Cal built the home from scratch in 1985, then performed a major renovation in the 1990s. It not only comes with the expected full-size baseball diamond (designed by Ripken himself), but also an 11-seat in-home theater with a box office, a kitchen that can hold up to 100 guests, a sizable indoor basketball court and an outdoor heated pool (complete with pool house). Redesigns in 1991 and 1995 saw the additions of the gym and basketball court, as well as a batting cage, training room and locker room at the request of Ripken himself.

In May 2020 Cal Ripken paid $3.9 million for a waterfront home in Annapolis, Maryland. 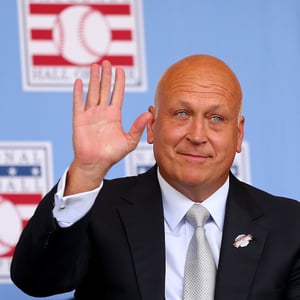