C.J. Wilson Net Worth: C.J. Wilson is an American professional baseball player who has a net worth of $35 million. C.J. Wilson was born in Fountain Valley, California in November 1980. Wilson is a pitcher who bats and throws left handed. C.J. graduated from Fountain Valley High School and played at Santa Ana College where he was a California Junior College Co-Player of the Year and the MVP of the Orange Empire Conference.

He then played for Loyola Marymount University. Wilson was drafted by the Texas Rangers in the 5th round of the 2001 Major League Baseball Draft. Wilson made his major league debut in June 2005 for the Rangers and played there until 2011. In 2012 he signed a five year deal with the Los Angeles Angels of Anaheim worth $75 million. Wilson has been an MLB All-Star in 2011 and 2012. He races cars and owns a team who competes in the Playboy Mazda MX-5 Cup Series. Wilson owns CJ Wilson Mazda in California. As of August 2014 he has over 80 wins and 1,100 strikeouts with more than 50 saves in his professional career. 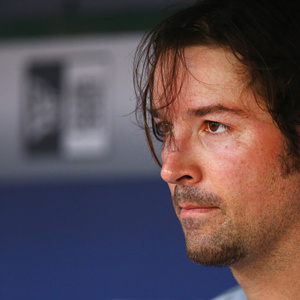