He started his coaching career with the Single-A team Oneonta Yankees in 1985. Showalter has been the manager for the Major League Baseball teams the New York Yankees from 1992 to 1995, the Arizona Diamondbacks from 1998 to 2000, the Texas Rangers from 2003 to 2006, and the Baltimore Orioles since 2010. He is a three time American League Manager of the Year.  He has managed over 2,500 games and has a winning record as of 2016. 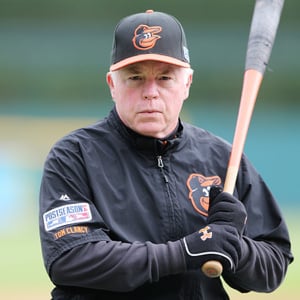