Brooks Robinson net worth, salary and career earnings: Brooks Robinson is an American former professional baseball player who has a net worth of $4 million. Brooks Robinson was born in Little Rock, Arkansas in May 1937. He was a third basement who batted and threw right handed. Robinson made his Major League Baseball debut for the Baltimore Orioles in 1955 and played there his entire career through 1977.

He won the World Series championship in 1966 and 1970 with the Orioles. Brooks Robinson was an 18 time MLB All-Star in consecutive seasons from 1960 to 1975. He won the American League MVP in 1964 and the World Series MVP in 1970. He was an 18 time Gold Glove Award winner and won the Roberto Clemente Award in 1972. Robinson was the AL RBI leader in 1964. He had his #5 retired by the Baltimore Orioles and is in their Hall of Fame. Robinson was selected to the Major League Baseball All-Century Team and was inducted into the Baseball Hall of Fame on the first ballot in 1983. 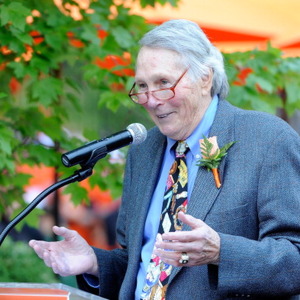