Brian Giles is a former American professional baseball player who has a net worth of $40 million. Born on January 20, 1971 in El Cajon, California, Giles is known for his role as outfielder in Major League Baseball. He bats and throws with his left hand and has played for the Cleveland Indians, the Pittsburgh Pirates, and the San Diego Padres.

He debuted with the Cleveland Indians and has a batting average of .291, 287 home runs and 1,078 runs batted in. He was a two-time All-star selection in 2000 and 2001 and made the International League All-star team after batting a .313 for Charlotte. Giles announced his retirement on March 11, 2010 after having signed a minor league contract with the Los Angeles Dodgers for their spring training. Aside from his success in Major League Baseball, Giles had allegedly been abusing his girlfriend who attempted to sue him for $10 million after breaking a verbal agreement that he would provide for her indefinitely. A claim was made that the domestic abused caused her to have a miscarriage but later dropped any accusations that the miscarriage had occurred. Giles was later known to have committed domestic violence against his girlfriend Cheri Olvera however no evidence of damage was found and Olvera was forced to return her engagement ring. 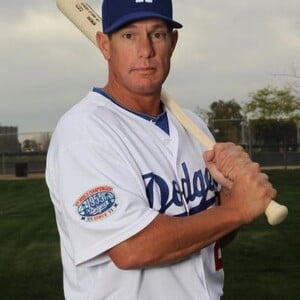