Bret Saberhagen Net Worth: Bret Saberhagen is an American retired professional baseball player who has a net worth of $30 million dollars. Bret became internationally famous in 1985 when – as a rookie – he led the Kansas City Royals to a World Series Victory.

Bret Saberhagen was born in Chicago Heights, Illinois in April 1964. Saberhagen was a starting pitcher who batted and threw right handed. Bret starred in baseball and basketball at Grover Cleveland High School. He pitched a no-hitter and won the Los Angeles City Championship game at Dodgers Stadium. He was drafted in the 19th round of the 1982 Major League Baseball Draft by the Kansas City Royals. Saberhagen made his MLB debut for the Royals in 1984 and played there through 1991. He pitched for the New York Mets from 1992 to 1995 and the Colorado Rockies in 1995. From 1997 to 1999 and then again in 2001 he played for the Boston Red Sox.

During his career Saberhagen was a three time MLB All-Star. He won a World Series Championship with the Royals in 1985 and was named World Series MVP. He also won the American League Cy Young Award in 1985 and 1989 and a Gold Globe Award in 1989. Saberhagen was named AL Comeback Player of the Year in 1998. He also pitched a no-hitter in August 1991. He was inducted into the Kansas City Royals Hall of Fame in 2005. He coached at Calabasas High School and opened and operated the sports entertainment facility Bret Saberhagen's Hit & Fun.

Salary and Career Earnings: As we mentioned previously, Bret's rookie year 1985 salary was $150,000. That's the same as around $360,000 in today's dollars. After winning the World Series, the next season Bret's salary jumped to $925,000. He would go on to earn $47.7 million in total salary during his time in the MLB. That's the same as around $73 million in today's dollars. His peak salary was the $5.6 million he earned in 1996 from the Colorado Rockies.

Deferred Contract: In March 1993 Bret and the Mets agreed to a new contract that came with $15.337 million in guaranteed money and could potentially be worth as much as $27.75 million through 2028. The deal made Bret the seventh-highest paid pitcher in the league. It came with a $2.5 million signing bonus and a unique contract feature: Deferred payments. Bret's 1993 contract called for The Mets to pay him $250,000 per year for 25 years starting in 2004. If this deal reminds you of Bobby Bonilla's famous contract that spawned an annual "Bobby Bonilla Day" holiday, it's not a coincidence. Bonilla was inspired by Bret's deal and struck his version the next year. Bonilla retired from the game in 2001, however his last contract with The Mets entitles him to earn nearly $1.2 million for 25 years starting in 2011 and ending in 2035. He also receives $250,000 per year connected to a deal he struck with The Mets in 1994 for a total of $1.45 million. 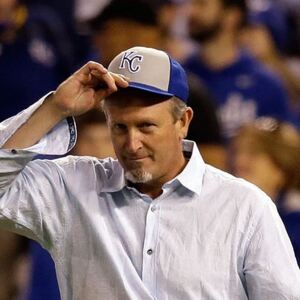