Brandon Belt net worth: Brandon Belt is an American professional baseball player who has a net worth of $2 million. Brandon Belt was born in Nacogdoches, Texas in April 1988. Belt is a first baseman and right fielder who bats and throws left handed. He attended Hudson High School in Lufkin, Texas and was drafted in the 11th round of the 2006 Major League Baseball Draft by the Boston Red Sox.

He opted to attend San Jacinto College and then transferred to the University of Texas. He was a pitcher but transitioned to first base after developing shoulder problems. Belt was drafted by the San Francisco Giants in the 5th round of the 2009 MLB Draft. After playing in the minor leagues he made his MLB debut in 2011 for the Giants and has played in San Francisco his entire career. As a part of the Giants he won a World Series Championship in 2012 and was named the National League Player of the Week in August 2013. Belt signed a one year deal with the Giants worth $2.9 million in 2014. 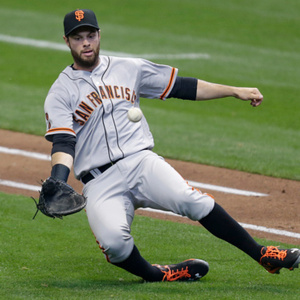