Bobby Cox Net Worth: Bobby Cox is a former Major League Baseball player and manager who has a net worth of $45 million. Bobby Cox built his net worth as a player, playing third base and as a manager. Bobby was awarded the "Manager of the Year" award four times and has managed over four thousand games. Born Robert Joseph "Bobby" Cox on May 21, 1941, in Tulsa, Oklahoma, he made a name for himself with his successful managerial career. Even though he initially embarked on a career as a baseball third baseman, his bad knees made him realize that his calling is being a manager instead. From 1978 to 1981, he first managed the Atlanta Braves, and then led the Toronto Blue Jays from 1982 to 1985. Next, he rejoined the Braves as a general manager in 1985. While through the 2000s season, he got back to the manager's role and remained there until he retired in 2010. Bobby Cox was the man who took the Atlanta Braves to the World Series championship in 1995. His achievements in the sport made him rank fourth on the Baseball All-time Managerial Wins list. Off the field, he is Pamela Cox's husband and a father of eight. 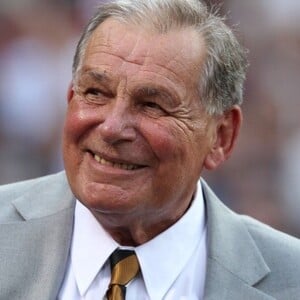