Bobby Abreu net worth and salary: Bobby Abreu is a retired American professional baseball player who has a net worth of $70 million and annual salary of $9 million. During his career so far, Bobby Abreu has earned nearly $130 million in salary alone. Abreu gained his net worth as an outfielder for teams, such as New York Yankees and Los Angeles Dodgers.

Abreu retired after the 2012 season. After playing in the Venezuelan winter baseball league, Abreu was acquired by Houston Astros as an amateur free agent. During his time with the team, he was named the Astros minor league player of the year in 1996 and soon after he made his major league debut. Abreu then moved to Philadelphia Phillies in 1998. His record-breaking performance with the Phillies was ranked the third in the National League, making him the highest-paid outfielder at the time. He was the winner of the National League All-Star Final Vote by MLB.com and was also awarded the Player of the Month in the National League for his performance during the 2005 season. In 2006, Abreu became a New York Yankee player, where he led the Yankees to victory over Tampa Bay Devil Rays. He then signed a one-year deal, worth $5 million with Los Angeles Angels of Anaheim in 2009. As an Angel, Abreu was named American League player of the Month. He remained with The Angels for another two years. In 2012, Abreu struck a deal with Los Angeles Dodgers as a pinch hitter. He remained with the Dodgers for the 2012 season. 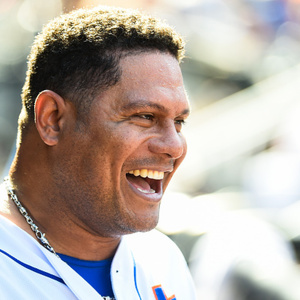