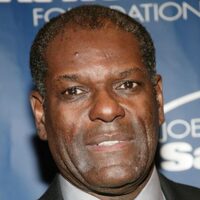 Bob Gibson net worth: Bob Gibson was an American professional baseball player who had a net worth of $4 million at the time of his death. Bob Gibson was born in Omaha, Nebraska in November 1935. He was a pitcher who batted and threw right handed. Gibson made his Major League Baseball debut for the St. Louis Cardinals in 1959 and played for the Cardinals his entire career through 1975. He was a nine time All-Star and won the World Series in both 1964 and 1967. He was the National League MVP in 1968 and won the NL Cy Young Award in 1968 and 1970. Bob Gibson was the World Series MVP in both Series he won and was a nine time Gold Glove Award winner. He was the NL wins leader in 1970 and the MLB ERA leader in 1968 as well as the NL strikeout leader that year. On August 14, 1971 Gibson pitched a no-hitter. His #45 was retired by the St. Louis Cardinals and he is a member of the St. Louis Cardinals Hall of Fame and the Major League Baseball All-Century Team. He was inducted into the Baseball Hall of Fame in 1981 on the first ballot.

After retiring, Bob returned to Omaha where he served on the board of a local bank, invested in a local radio station and a restaurant. He returned to baseball in the early 1980s and began a career working in various assistant coaching positions. He worked on several teams with Joe Torre. He also worked as a TV and radio analyst for several years.