Bo Jackson Net Worth and Salary: Bo Jackson is a retired professional baseball and American football player who has a net worth of $25 million. Some consider Bo Jackson the greatest athlete in history. He was certainly the best athlete of his generation and was one of the most important celebrity product endorsers in history. Bo and Michael Jordan took Nike to unbelievable heights in the late 1980s and early 1990s.

Career Earnings and Contracts: During his professional career Bo earned $6.8 million in baseball salary and $6.1 million in football salary. Combined that's the same as around $20 million after adjusting for inflation.

More importantly, Bo earned tens of millions of dollars from endorsements, most notably from Nike and Gatorade. In 1986 Bo was offered $100,000 per year from Nike if he just played baseball. They offered $1 million if he ALSO played in the NFL.

At the peak of his playing career, Bo was operating under a 5-year $7.4 million contract with the Los Angeles Raiders and a one-year $2.4 million deal with the Kansas City Royals while earning $500,000 per year from Pepsi and AT&T (combined), $1 million from Nike and $1 million from Gatorade. On a per-year basis in the early 1990s, Bo was earning $6 million from salary and endorsements. That's the the same as $11 million today after adjusting for inflation.

Nike Deal: Bo's relationship with Nike was especially notable. The now-famous "Bo Knows" commercial series is considered one of the most influential advertising campaigns of all time. When the commercials first began airing in 1989, Nike was generating around $40 million per year from cross-trainer shoe sales. According to Ad Age, within a year of the campaign's launch, Nike had swallowed up 80% of the global cross trainer market and was generating $400 million per year in revenue.

As you can imagine, Nike was incredibly grateful to Bo for his efforts as an endorser. So grateful that the company did two things to honor Bo:

1) At the Nike corporate campus in Beaverton, Oregon, each building is dedicated to an athlete who had a major impact on the company. The three largest buildings on campus are dedicated to Michael Jordan, Serena Williams and Bo Jackson. The 60,000 square-foot Bo Jackson Sports and Wellness Center features an elite training facility, basketball court, two-lane indoor track, childcare facilities and much more.

2) Nike never stopped paying Bo. Despite the fact that Bo hasn't played a professional sport in decades, he still earns what is believed to be AT LEAST $1 million per year from Nike. And unlike Michael Jordan who still sells a product for the company, Bo's paycheck is essentially just an annual thank you note.

Early Life: Vincent Edward "Bo" Jackson was born in Bessemer, Alabama, on November 30, 1962. He has many siblings, and is the eighth of ten children in his family. He attended McAdory High School. In high school, he broke records as a running back on the football team, and also was a member of the baseball team, where he hit 20 home runs in 25. He also broke state track records and won Alabama's state title for decathlon twice. Though he was drafted by the New York Yankees in 1982, Jackson opted to attend Auburn University on a football scholarship. He said he promised his mother he would be the first from his family to go to college. Jackson also played baseball and ran track and field while at Auburn. Receiving impressive stats in all three sports, he is known for his rare ability to excel in a number of sports.

Baseball Career: Jackson had been on track to play professional football following college. He was selected by the Tampa Bay Buccaneers in the 1986 NFL Draft using the first overall pick. However, he refused to play for them following an incident where he was forced to miss his senior college baseball season after a visit to the Buccaneers' team facilities. The Buccaneers had told him the visit was NCAA-approved, but it was actually not, and as a result he was barred from college sports. He believes that the failure by the Buccaneers to obtain NCAA approval was a deliberate move by them to try to get him to play professional football instead of baseball. As a result, he refused to sign with them, and chose to play professional baseball for the Kansas City Royals instead, who had drafted him in the 1986 amateur draft.

Jackson signed a three-year, $1.07 million contract with the Royals, and he played 53 games with their Class AA minor league affiliate, the Memphis Chicks. He was called up to the majors in September 1986, and made the Royals' roster in 1987. After the Royals released him in 1991 due to him being injured, the Chicago White Sox offered him a three-year contract that guaranteed $700,000 per season, that also had a performance-based upside of $8.15 million. With the White Sox, Jackson played two seasons, in 1991 and 1993; he took the 1992 season off and was on the disabled roster because he has hip replacement surgery that year. He finished his professional athletic career in 1994 with the California Angels, retiring at the age of 32.

Football Career: In the 1987 NFL Draft, Jackson was selected in the seventh round with the 183rd pick by the Los Angeles Raiders. Initially disinterested, and committed to focusing on his baseball career, Jackson warmed up to the idea of playing in the NFL after he learned that the Raiders' owner Al Davis was open to the idea of him playing both sports simultaneously. He negotiated a five-year, $7.4 million contract that allowed him to finish each MLB season in full before reporting to the Raiders, even if it meant he would miss NFL games. Furthermore, Davis offered Jackson the highest salary of any non-quarterback player in NFL history at the time, plus a reported $500,000 signing bonus.

Jackson played four seasons in the NFL, during which he rushed for 2,782 yards and 16 touchdowns, with an average yards per carry of 5.4. He also caught 40 passes for a total of 352 yards and two touchdowns. In his last professional football game in January 1991, he suffered a dislocated hip following a tackle. It resulted in avascular necrosis of his left hip joint, and would eventually have to have his hip replaced. This is the injury that resulted in the Royals releasing him from the team, and he would struggle with it until his ultimate retirement in 1994. 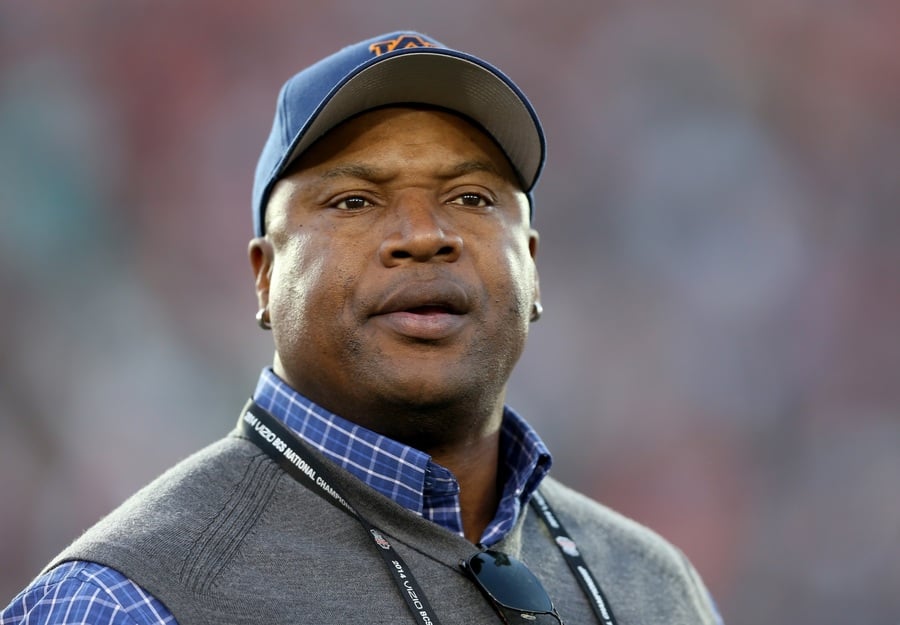 Other Work: Jackson has been featured in a number of video games, including the game "Tecmo Bowl" for the Nintendo Entertainment System (NES), "Bo Jackson's Hit and Run" for the original Game Boy, "Bo Jackson Baseball" for NES and IBM-compatible computers, "ESPN NFL Football", "NFL Street 2", "Madden 15", and "Madden 16". He has also made a number of appearances on television. He was a character in the NBC Saturday morning cartoon show "ProStars", played the character of Calvin Farquhar on the series "Married…with Children", was in an episode of the show "Lois & Clark: The New Adventures of Superman", in a 1995 episode of the show "Diagnosis Murder", and as a guest on The Fresh Prince of Bel-Air" in 1990.

Business Ventures: Jackson is part of a group of investors who own The Burr Ridge Bank and Trust in Burr Ridge, Illinois, a Chicago suburb. He is also part-owner and CEO of the Bo Jackson Elite Sports Complex, an 88,000-square-foot multi-sport facility located in Lockport, Illinois. He established the facility in 2007 with partner John Cangelosi. He has also invested in the food company N'Genuity.

Personal Life: Jackson's wife Linda is a rehabilitation counselor. Together, the couple have three children, sons Garrett and Nicholas, and a daughter, Morgan. After retiring from sports, he fulfilled the promise he made to his mother that he would get a college education, and completed his Bachelor of Science degree in Family and Children Development at Auburn University in 1995. 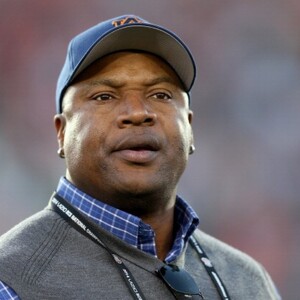