Billy Wagner net worth and salary: Billy Wagner is a former American baseball player who has a net worth of $45 million. Born on July 25, 1971 in Tannersville, Virginia, Wagner acted as a relief pitcher for the Houston Astros, Philadelphia Phillies, New York Mets, Boston Red Sox, and the Atlanta Braves. Also known as "Billy the Kid," Wagner premiered for the MLB with the Houston Astros on September 13, 1995.

Though naturally right-handed, Wagner broke his arm as a child and was forced to learn how to use his left hand to throw. He has pitched 853 games, has a win-loss record of 47-40, and has an earned run average of 2.31, 422 saves and 1,196 strikeouts. He began playing baseball in high school and attended college at Ferrum in Virginia where he set several NCAA records. He is a seven-time MLB All-star, was NL Rolaids Relief Man of the Year in 1999, and pitched a no-hitter on June 11, 2003. In September 2008, Wagner suffered an injury that tore the ulnar collateral ligament in his elbow as well as his flexor pronator tendon, which prevented him from playing to his full potential from then on. He made his last stand in Major League Baseball on October 3, 2010 with the Atlanta Braves and is now a baseball coach for Miller School. 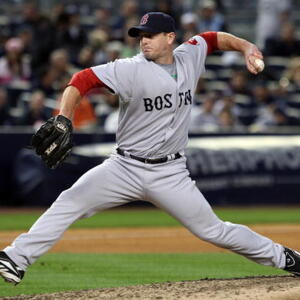