Bill Buckner net worth and salary: Bill Buckner was a retired American MLB first baseman who had a net worth of $8 million dollars at the time of his death in 2019. Born in Vallejo, California, Bill Buckner played baseball and football all through high school and was drafted by the Los Angeles Dodgers right after graduating. He played for two seasons with the Dodgers minor league team, the Ogden Dodgers, before playing his first game in the Majors against San Francisco. He started the 1970 season in the Majors, but was sent back to the Minor Leagues for part of the year. In 1971, he started the season with the Los Angeles Dodgers and played for them until 1976. He began playing for the Chicago Cubs in 1977, and played for the team until 1984. He proved himself to be an excellent ballplayer during his years with Cubs, emerging as a standout on the beleaguered team. He was traded to the Boston Red Sox in 1984, and his work as first basemen for the team propelled them into the top ranks of the sport. After the Boston Red Sox lost the World Series in 1986, Buckner became the focus of intense negative publicity, and floated from team to team for the next few years, eventually returning to the Red Sox. He retired in 1990. After retiring, Bill moved to Idaho where he became a successful real estate investor. He even developed a housing subdivision that he named "Fenway Park".

Unfortunately Bill Buckner died on May 27, 2019 at the age of 69 after suffering from Lewy Body Dementia.

Career Earnings: During his career Bill Buckner earned around $3.5 million in total salary. That's the same as around $8 million after adjusting for inflation. 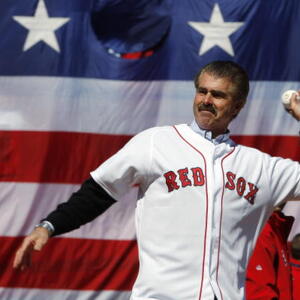