What is Bernie Williams' Net Worth and Career Earnings?

Bernie Williams is a retired Puerto Rican professional baseball player who has a net worth of $60 million. Bernie Williams played for 16 years with the MLB's New York Yankees. He was a center fielder who threw right handed and was a switch batter. He was officially signed by the New York Yankees on his 17th birthday. He made his major league debut in July 1991. Williams played for the Yankees for his whole career which lasted from 1991 until 2006. During his career Williams won four World Series Champions with the Yankees in 1996, 1998, 1999, and 2000. He was selected as an All-Star five times and was named the American League Championship Series MVP in 1996. Bernie was a four time Gold Glove Award winner from 1997 to 2000. He was the AL batting champion in 1998 and won a Silver Slugger Award in 2002. Williams also represented Puerto Rico in international competition as a track athlete. He won four gold medals and a silver medal at the CAC Junior Championships in 1984.

During his career Bernie earned $103 million in salary alone. He earned tens of millions more thanks to endorsements.

Bernie Williams was born as Bernabé Williams Figueroa Jr. on September 13, 1968 in San Juan, Puerto Rico. His father, Bernabé Sr., is a merchant marine and dispatcher, while his mother, Rufina, is a retired principal and professor. As a kid, Williams was involved in both baseball and music, as well as track and field. As a teenager competing at the 1984 Central American and Caribbean Junior Championships in Athletics, he won the gold medal in multiple track events.

In 1985, New York Yankees scout Roberto Rivera spotted Williams, and intended to sign him. However, Williams couldn't be signed at the time as he had not yet turned 17. He was subsequently placed in a training camp before being signed on his 17th birthday. Williams went on to play for the Yankees' Double-A team in Albany.

Williams was called up to the majors in the second half of the 1991 season to replace Roberto Kelly, who had been injured. In 320 at bats, Williams batted .238. Subsequently, he was demoted to the minors. Williams returned to the majors following the injury of Danny Tartabull, and soon became the Yankees' regular center fielder. He had a .268 batting average in his first full season with the team. Although Yankees' owner George Steinbrenner tried to get Williams traded, manager Buck Showalter helped keep him. Williams ended up proving his value when he had his breakthrough season in 1995. That year, he hit 18 home runs, and also led the Yankees in runs, hits, and total bases. In the postseason, Williams continued his success with a .429 batting average in the ALDS. He extended his hot streak through 1996, once again leading the Yankees to the ALDS. In the series, he batted .467. The Yankees subsequently advanced to the ALCS, defeating the Baltimore Orioles. Finally, Williams helped lead the team to a comeback in the World Series, giving the Yankees their first championship title since 1978.

The Yankees went on to another World Series victory in 1998; notably, they also posted a 114-48 regular-season record, at the time the best in AL history. Williams had another great year in 1999, recording over 200 hits and winning his third World Series and his third consecutive Gold Glove Award. The next year, he again won the World Series and the Gold Glove. Williams had another career highlight in 2002, when his .333 batting average and career-high 204 hits led to his first and only Silver Slugger Award. Williams began struggling with his form in 2005, the final year covered by his contract. Notably, he exhibited a weak arm and diminished batting and fielding abilities. Although the Yankees considered a buyout, the team ultimately decided to re-sign Williams for another year. In his last year with the Yankees in 2006, Williams scored his 2,300th career hit and his 443rd career double. 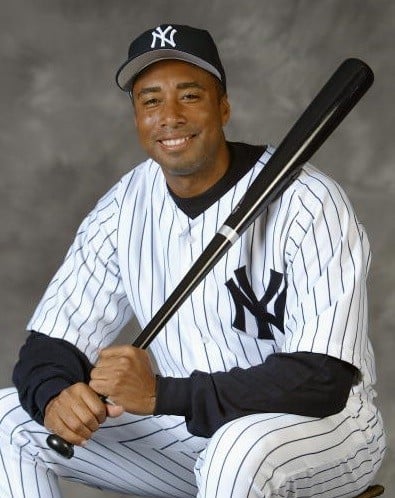 Beyond the Yankees, Williams played for Puerto Rico in the MLB World Baseball Classic in 2006. In the tournament, he hit two home runs. Two years later, after being inactive, he played for the Puerto Rico Baseball League's Gigantes de Carolina. Williams subsequently returned to the World Baseball Classic in 2009. In 2015, he officially retired from the MLB.

Williams is a classically trained guitarist. After signing with Paul McCartney's MPL Communications, he released his major label debut album, "The Journey Within," in 2003. The album features contributions from such instrumentalists as David Sancious, Leland Sklar, Luis Conte, and Béla Fleck. Williams released his next album, "Moving Forward," in 2009; in preparation for it, he had studied guitar and composition at the State University of New York at Purchase for a year. He later enrolled at the Manhattan School of Music, from which he earned his bachelor's degree in 2016.

Williams has translated his music career into philanthropy. Notably, he works with the nonprofit Little Kids Rock, which strives to restore music education to underprivileged public schools in the United States. Williams also helped restore the music program of the charity KiDS NEED MORE, which provides camping experiences to those dealing with serious illnesses. Among his other philanthropic efforts, he participated in a special charity episode of the television show "Bar Rescue" to help those impacted by Hurricane Maria. 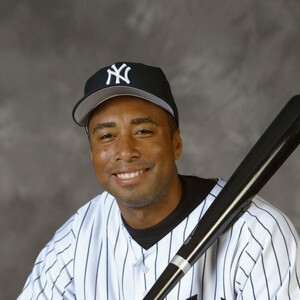