Ben Sheets is a former American baseball player who has a net worth of $20 million. Born on July 18, 1978 in Baton Rough, Louisiana, Sheets was best known for his time as a pitcher for the Milwaukee Brewers, Oakland Athletics, and most recently for the Atlanta Braves but began as a Minor League professional with the Ogden Raptors of the Pioneer League, followed by the United States national team in the 2000 Olympics.

With a win-loss record of 94-96, an earned run average of 3.78 and 1,325 strikeouts, Sheets has earned four All-star slots and the Olympic Gold Medal in the men's baseball team competition in Sydney in 2000. Sheets made his MLB debut with the Milwaukee Brewers on April 5, 2001. He bats right and pitches right, and he is known to have struck out twenty batters at a college baseball game. Sheets attended what is now known as the University of Louisiana at Monroe where he went to school on scholarship. He is currently married and has two children by the names of Seaver and Miller Sheets. He finished out his Major League Baseball career in 2012 with the Atlanta Braves and now owns a portion of the American Hockey League's Milwaukee Admirals. 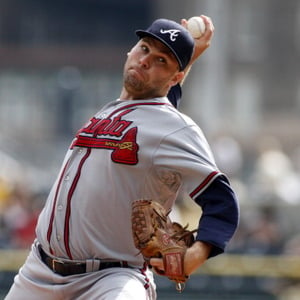