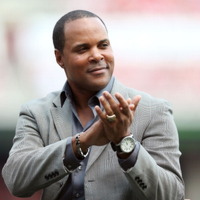 Barry Larkin net worth and salary: Barry Larkin is a retired Major League Baseball player who has a net worth of $50 million. Born in Cincinnati, Ohio, Barry Larkin graduated from the University of Michigan, where he was a successful baseball player. He began playing for the Minor Leagues with the Vermont Reds in the mid-80s, and was named Rookie of the Year in 1996. He was also named AAA Player of the Year while with the Denver Zephyrs. In the summer of 1986, he began playing for the Cincinnati Reds. He went on to play with them until his retirement in 2004. While with the Reds, he won multiple awards, and proved himself to be one of the best shortstops in baseball history. He was a 12-time All-Star, a three-time Gold Glove Award winner, and the 1995 National League MVP. He also won the Silver Slugger Award nine times and both the Lou Gehrig and the Roberto Clemente Awards. He was instrumental in the Reds' 1990 World Series win, and was part of the Silver medal team at the 1984 Olympics. He was inducted into the Baseball Hall of Fame in 2012. During his career Barry Larkin earned just under $80 million in salary alone.

Barry and his wife Lisa have two daughters and a son. Their son, Shane, is an NBA player.