B. J. Upton Net Worth

B.J. Upton Net Worth: B.J. Upton is an American professional baseball player who has a net worth of $37 million. During his Career, B.J. earned a little under $90 million in salary alone.

B.J. Upton was born in Norfolk, Virginia in August 1984. Upton is a center fielder who bats and throws right handed. B.J. is the brother of professional baseball player Justin Upton. B.J. and Justin are the only brothers that were drafted #1 and #2 in a MLB draft (in two different years). They are also the first pair of brothers to both hit 20 home runs and have 20 stolen bases in a season. The brothers both play for the Atlanta Braves. B.J. graduated from Greenbrier Christian Academy. He played for the USA Junior National team in 2001 and won a Silver medal. He was named a first-team All-American by Baseball America in 2002. Upton was drafted #2 by the Tampa Bay Devil Rays in the 2002 Major League Baseball Draft. He made his major league debut for the Rays in August 2004. Upton played for Tampa Bay until 2012. In 2013 he signed a 5 year deal worth $75.25 million with the Atlanta Braves. B.J. hit for the cycle on October 2, 2009 with the Rays. B.J. and Justin hit back to back home runs in April 2013 becoming the first brothers to do so since 1938. 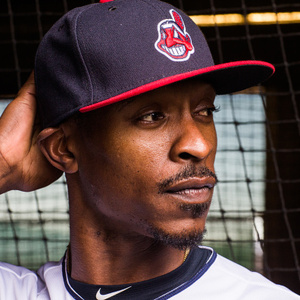