B. J. Ryan Net Worth

B.J. Ryan Jr. is a former American professional baseball player who has a net worth of $20 million. He acted as a relief pitcher for the MLB and has not played since 2009 despite not being legitimately retired. Ryan was born on December 28, 1975 in Bossier City, Louisiana. He commenced as a left-handed specialist and started playing for the Cincinnati Reds in 1999.

Ryan is the only player known to win an MLB game without throwing a single pitch. Known for his immense control and fastball, he made his way to closing pitcher during his stint with the Baltimore Orioles from 1999 to 2005. Following the Orioles, Ryan became a free agent and later signed to the Toronto Blue Jays in 2006 with whom he carried out his second All-Star game bout. In 2007, Ryan had no choice but forego Tommy John surgery, which put him on the MLB disabled list until April 13, 2008. Ryan became more subjective to injury after his surgery and was released from the Blue Jays in 2009, but not before his nomination for the DHL Delivery Man of the Year Award. B.J. Ryan holds a record of 625 strikeouts, 117 saves, an earned run average of 3.37, and a win-loss record of 21-28. 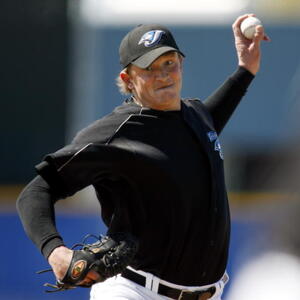