Aubrey Huff Net Worth: Aubrey Huff is an American retired professional baseball player who has a net worth of $10 million. Aubrey played in Major League Baseball from 2000 to 2012. During that time he earned a little under than $58 million in salary.

Aubrey Huff was born in Marion, Ohio in December 1976. Huff played first base, third base, right field, and designated hitter. He batted left and threw right handed. He finished second in school career batting average at the University of Miami. Huff was drafted in the 6th round of the 1998 MLB Draft by the Tampa Bay Devil Rays. He made his MLB debut for Tampa Bay in 2000 where he played until 2006. Huff played for the Houston Astros in 2006 and then for the Baltimore Orioles from 2007 to 2009. He also played for the Detroit Tigers in 2009 and finished his career with the San Francisco Giants from 2010 to 2012. He signed a three year deal worth $20 million with the Orioles in 2007. In 2010 he signed a one year deal worth $3 million with the Giants and then re-signed for a two year $22 million deal later that year. Huff won World Series Championships in 2010 and 2012 while playing for the Giants. He was also given a Silver Slugger Award in 2008.

In recent years Aubrey has taken to social media to express some controversial views. He has used Twitter to promote pro-gun policies and traditional gender roles. He was vocally critical of the female assistant coach hired by the Giants in 2020, resulting in Huff being banned from a 10-year anniversary ceremony marking the team's 2010 World Series Championship. During the 2020 Coronavirus, Huff posted a number of videos deriding the concept of wearing masks in public. 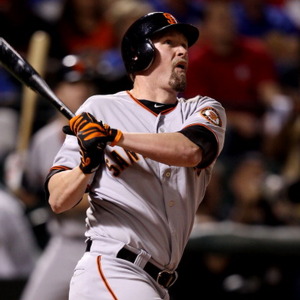