Aroldis Chapman net worth: Aroldis Chapman is a Cuban-American professional baseball player who has a net worth of $40 million. Aroldis Chapman was born in Holguin Province, Cuba in February 1988. He is a relief pitcher who bats and throws left handed. Chapman pitched for the Cuban national baseball team and defected from Cuba in 2009. He made his Major League Baseball debut for the Cincinnati Reds in August 2010 and played for the Reds until 2015. Chapman played for the New York Yankees in 2016 before joining the Chicago Cubs. He was an All-Star in 2012, 2013, 2014, and 2015. Chapman threw the fastest pitch in MLB history at 105.1 in 2011 and again in 2016. He holds records for the most consecutive relief appearances with a strikeout at 49 and for being the fastest MLB pitcher to reach 500 strikeouts. He won a Gold Medal for Cuba at the 2007 Pan American Games and a Silver Medal at the Baseball World Cup the same year. 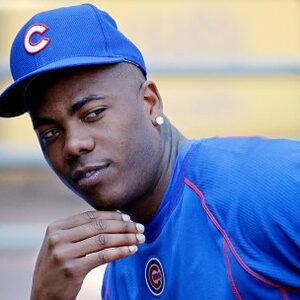