Armando Benitez net worth and salary: Armando Benitez is a retired professional baseball player who has a net worth of $30 million. Armando Benitez had his major league career debut with the Baltimore Orioles in 1994 as a relief pitcher and within a few years he established himself as their closer. Born in San Pedro de Macoris, in the Dominican Republic, he was raised from a young age by a single mother Constancia, after a divorce from his father Francisco. Armando and his siblings had a humble upbringing with his mother making a living by hand-washing clothes. Standing at an astonishing 6'2, 140 pounds at 14 years old Benitez started cultivating his passion for baseball. He started playing at a local academy and initially was positioned as an outfielder and third baseman. Benitez got his first break in MLB in 1990 when he was signed in by the Baltimore Orioles as a free agent. It would take him another four years before he made his debut with the Orioles in 1994. His rookie year was a struggle with Benitez collecting 5.65 ERA in 1995, along with frequent unsteadiness in his post season performance.

His future potential began to show in 1998 with him earning a 3.82 ERA and 22 saves in 71 games. 1997 was a turnaround year for Benitez as he shined in the set up role for Orioles' closer Randy Myers. The end result of this killer duo saw the Orioles rise to AL East champions. Benitez later got traded before the 1999 season to New York Mets, were he initially was the set up man for long time Mets closer John Franco. Opportunity once again presented itself in the form of Franco suffering an injury mid-way through the 1999 season and Benitez assumed the job as closer which eventually leads to the Mets making him the full time closer even after Framco's return. During his stench with the Nets he joined an elite league of MLB closers, saving 139 games.

Accepting a pay cut to join the Florida Marlins for one year in 2004 turned out to be the best decision Benitez made in his baseball career until date. He posted up a record of saving 47 games in chances and compiled a 1.29 ERA. After giving up a solo home run in his first game of the season, he would go on to have an amazing streak of 30 scoreless innings that season. At the end of the season, Benitez opted to become a free agent, signing a three-year contract with San Francisco Giants worth an estimated $21 million. His last appearance was with the Toronto Blue Jays on June 6th, 2008. As of May 24, 202 Benitez signed on with the Atlantic league's Long Island Ducks. They are not affiliated with Minor or Major League Baseball. 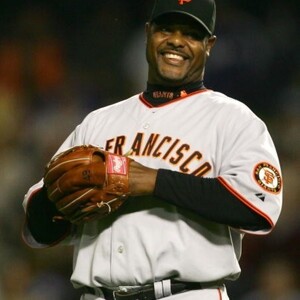