Aramis Ramirez Net Worth and salary: Aramis Ramirez is a Major League Baseball third baseman who has a net worth of $55 million dollars. Born June 25, 1978, in Santo Domingo, Dominican Republic, Aramis Ramirez has been named three times as an All-Star. Ramirez began his American professional career with the Pittsburgh Pirates in 1998 where he was the youngest player in the MBL at that time.

He was traded to the Chicago Cubs in 2003 where he signed a five-year deal. In 2004, he hit three home runs (twice) in the single game, becoming only the 14th player in MLB history to do so. Also during his stint with the Chicago Cubs, Ramirez hit his 200th career home run and also had one of the best games of his career, ending a crucial game (ironically) against the Milwaukee Brewers with a two-out, two-run home run at the bottom of the ninth inning off of pitcher Francisco Cordero to cap a five-run comeback win. Ramirez was later signed to the Milwaukee Brewers in 2011, where he committed to a three-year agreement. He rebounded from a slow 2012 start by having a solid offensive season and finishing that season with a .300 batting average, with 27 home runs, 105 RBIs as well as a league-leading 50 doubles. 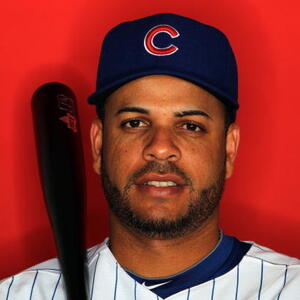