Andruw Jones net worth: Andruw Jones is a Curaçaoan baseball outfielder who has a net worth of $50 million dollars. Born in Willemstad, Curaçao, Andruw Jones showed talent on the baseball field while he was still in elementary school. By age 15, he was regularly playing with the national team.

He signed with the Atlanta Braves as a free agent at age 16, and quickly established himself as a player to watch. Two years later, after being promoted to the Class-A Macon squad in the Minor Leagues, he ended the season with Minor League Player of the Year honors. He began playing in the Major Leagues with the Braves in 1995, and became the youngest player to ever hit a home run in the World Series, when he hit home runs his first two times at bat against the Yankees in Game 1, at the age of 19 years and 180 days old. He is a five-time All-Star and a 10-time Gold Glove Award winner. He is currently playing for the Tohoku Rakuten Golden Eagles in Japan. 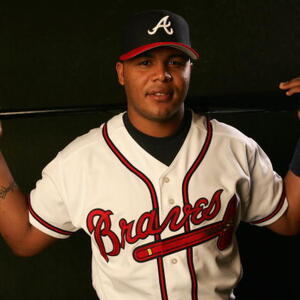