Andre Dawson net worth: Andre Dawson is a retired American professional baseball player who has a net worth of $15 million. Born in Miami, Florida, Andre Dawson earned his nickname, "The Hawk", as a child. He, and other neighborhood kids, would chase down grounders during practice with a local men's team.

He was fearless about going after the balls, and his uncle gave him the name that stuck throughout his subsequent professional career. He was drafted by the Montreal Expos in 1976, and quickly distinguished himself on the field. He won Rookie of the Year honors in 1977, and went on to play 1,443 games for the Expos. He also played for the Chicago Cubs, the Boston Red Sox, and the Florida Marlins. Over the course of a very successful 21-year career, he was an eight-time All Star selection, an eight-time Gold Glove winner, a four-time Silver Slugger Award recipient, and a Home Run Derby winner. He was inducted into the Baseball Hall of Fame in 2010. 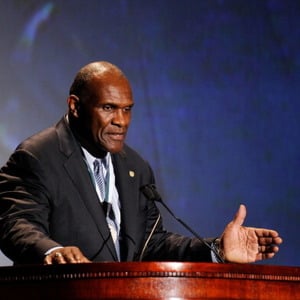