What is Alex Rodriguez's net worth and salary?

Alex Rodriguez is an American former professional baseball player and television analyst who has a net worth of $350 million. Alex Rodriguez played for the Seattle Mariners and Texas Rangers but is mostly known for his time with the New York Yankees. He played for the Yankees from 2004 until his retirement in 2017.

During his professional career, Alex Rodriguez earned a bit under $475 million in salary, bonuses and endorsements. Alex has continued to earn tens of millions of dollars every year in retirement. As of this writing, his total career earnings top a little more than $650 million.

Alexander Emmanuel Rodriguez was born on July 27, 1975, in the Washington Heights section of Manhattan. His parents, Victor and Lourdes, were Dominican immigrants. He has two half-siblings, Joe and Suzy from his mother's first marriage. When Alex was four-years-old, the family moved to the Dominican Republic, then to Miami, Florida. As a boy, Alex's father gave him a plastic bat and rubber ball. Little A-Rod would practice his swing every chance he got. While living in Miami, Alex played baseball with friends every day until he became a part of a youth league baseball team. Baseball soon became Alex's entire life. He joined the Boys and Girls Club where he led his team to a National title. His favorite players growing up where Keith Hernandez, Dale Murphy, and Cal Ripken Jr. His favorite team was the New York Mets.

Rodriguez attended Miami's Christopher Columbus High School for his freshman year. He transferred to Westminster Christian School, where he was a star shortstop on the baseball team and played quarterback on the football team. In 100 high school baseball games, he batted .419 with 90 stolen bases. Westminster won the high school national championship during his junior year and he was named USA Baseball's Junior Player of the Year and Gatorade's national baseball student-athlete of the year.  As a senior, he was first-team All-American. Before Alex even graduated, he was attracting lots of attention from Major League scouts. In 1993, he became the first high school player to ever try out for the U.S. national baseball team.

Coming out of high school, Rodriguez was the top baseball prospect in the country. He signed a letter of intent to play baseball for the University of Miami (Florida) and was recruited to play quarterback for the Hurricanes' football team. However, he turned down Miami's scholarship opting instead to sign with the Seattle Mariners after being selected in the first round of the 1993 amateur draft. He was 17-years-old.

Rodriguez reported to spring training in February of 1994. He made his starting debut as shortstop on July 8, 1994. Alex was just the third 18-year-old shortstop in baseball since 1900. While with the Mariners, Alex Rodriguez broke many records and became the star player before leaving the team in 2000 for the Texas Rangers. Rodriguez played for the Rangers from 2001-2003. During this time he set many personal records despite the Rangers finishing last the AL Western division. A-Rod was the league MVP while still playing on a last-place team.

Prior to the 2004 season, Rodriguez was traded to the Yankees and converted to a third baseman because Derek Jeter was already the full-time shortstop for the team. During Rodriguez's career with the Yankees, he was named AL MVP in 2005 and 2007.  He became the youngest player ever to hit 500 home runs, reaching the milestone in 2007. He was part of the Yankees' 2009 World Series championship over the Philadelphia Phillies, which was the first year of the new Yankee Stadium and Rodriguez's only world title. Toward the end of his career, Rodriguez was hampered by hip and knee injuries, which caused him to become exclusively a designated hitter. He played his final game in professional baseball on August 12, 2016. Rodriguez officially retired from playing baseball in 2017. 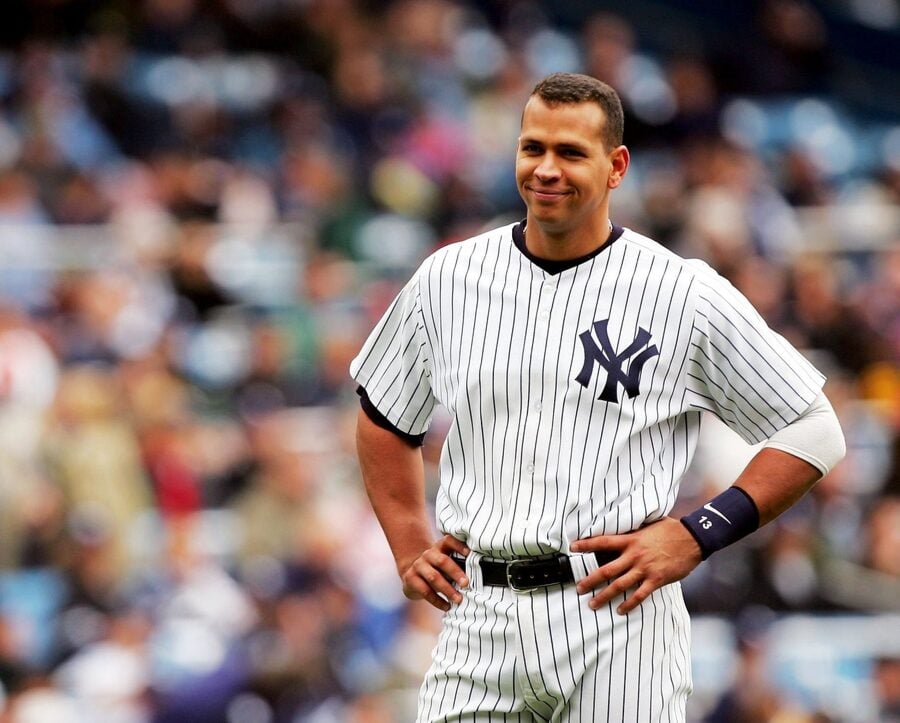 After retiring from professional baseball, Rodriguez became a media personality. He has been a broadcaster for Fox Sports 1, appeared on Shark Tank, and was a member of the ABC News network. In January 2018, ESPN announced that A-Rod would be joining the broadcast team of Sunday Night Baseball.

During an interview with Katie Couric on 60 Minutes in 2007, Rodriguez denied using performance-enhancing drugs. In February 2009, he admitted to using steroids from 2001 to 2003 when he was with the Rangers. While recovering from a hip injury in 2013, Rodriguez made headlines by feuding with team management over his rehabilitation and for having allegedly obtained performance-enhancing drugs as part of the Biogenesis baseball scandal. In August 2013, MLB suspended him for 211 games for his involvement in the scandal, but he was allowed to play while appealing the punishment. Had the original suspension been upheld, it would have been the longest non-lifetime suspension in Major League Baseball history. After an arbitration hearing, the suspension was reduced to 162 games, which kept him off the field for the entire 2014 season.

Rodriguez married Cynthia Scurtis in 2002. They met at a gym in Miami. Their first child, Natasha Alexander, was born on November 18, 2004. Their second child, Ella Alexander, was born on April 21, 2008. Cynthia filed for divorce on July 7, 2008, on the grounds of emotional abandonment of her and their children, extramarital affairs, and other marital misconduct. Rodriguez responded to the filing saying that his marriage was "irretrievably broken," and requested that allegations of his affairs be stricken from court records.

Alex began dating Jennifer Lopez in February 2017. In March 2019 A-Rod and JLo announced that they were engaged. Jennifer's $400 million net worth makes her $50 million richer than Alex. as of this writing, they have a combined net worth of $750 million.

During his career, Alex earned $441 million in baseball salary alone. He "only" earned around $40 million from endorsements, which is significantly less than some of his contemporaries. As a comparison, when Derek Jeter in 2014 he retired with $400 million in total earnings (salary AND endorsements). Of that $400 million, roughly $130 million came from endorsements for Derek. A-Rod was at one time an endorsement king, but his most lucrative contracts dried up in the wake of his steroid usage admission.

In 2007 Rodriguez signed a new 10-year, $275 million deal with the Yankees, extending his record for the sport's most lucrative contract.

In 2019, A-Rod sold his Hollywood Hills bachelor pad, a 3,700 square foot, four-bedroom, three and a half bath home for $4.4 million. He bought the home from Meryl Streep and her husband Don Gummer in 2014.

He owns a custom-built large mansion in Coral Gables, Florida.

A-Rod also invests in New York apartment buildings. His A-Rod Corp. has partnered with brokerage expert Adam Modlin and Stonehenge NYC real estate investor and operator Ofer Yardeni to purchase apartments and condos of all sizes throughout the city.

In 2019 they bought Jeremy Piven's Malibu mansion for $6.6 million. They proceeded to totally renovate the interior with the help of Joanna Gaines. A little under two years later, they sold this home for $6.8 million. 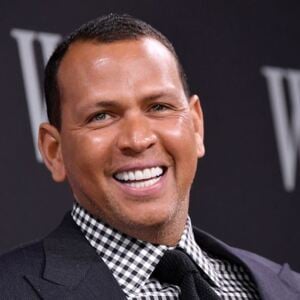