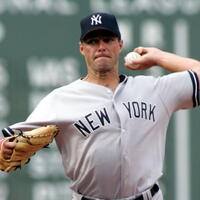 Al Leiter Net Worth: Al Leiter is a former American professional baseball player and current TV studio analyst who has a net worth of $34 million. Al Leiter was born in Toms River, New Jersey, in 1965, and made his MLB debut on September 15, 1987 with the New York Yankees. He played with the Yankees until a 1989 trade sent him to the Toronto Blue Jays. Leiter stuck with the Blue Jays until 1995 when he became a member of the Florida Marlins from 1996 until 1997. He later played with the New York Mets (1998-2004), the Florida Marlins a second time (2005), and finally returned to the Bronx to end his career with the New York Yankees in 2005. The left-handed starting pitcher put together a 162-132 career win-loss record to compliment a 3.80 earned run average and 1,974 strikeouts. Leiter is a two-time MLB All-Star (1996, 2000), and won the 2000 Roberto Clemente Award. He was part of three World Series championship teams in 1992 and 1993 with the Blue Jays, and in 1997 with the Marlins. He tossed a no-hitter on May 11, 1996. After his retirement, Leiter went to work in the broadcast both, working with FOX, ESPN, and the YES Network. His work for YES has been nominated for several awards. Leiter is heavily involved in several charities and has won several honors for his work helping others.