Al Kaline net worth: Al Kaline was an American professional baseball player who had a net worth of $500 thousand at the time of his death. Al died on April 6, 2020 at the age of 85.

Al Kaline was born in Baltimore, Maryland in December 1934. He was a right fielder who batted and threw right handed. He played for Southern High School and then bypassed the minor league system. Kaline signed with the Detroit Tigers as a "bonus baby" and made $35,000. He made his Major League Baseball debut for Detroit in 1953 and played his entire career with the Tigers until 1974. During his career Kaline won a World Series championship in 1968. He was an 18 time MLB All-Star and a 10 time Gold Glove Award winner. Kaline won the American League batting championship in 1955 and the Roberto Clemente Award in 1973. His #6 was retired by the Detroit Tigers. Kaline is a member of the National Baseball Hall of Fame and was inducted in 1980 on the first ballot. After he retired Kaline became a TV color commentator for the Tigers and he is still a front office official for the team. He finished his career with 3,007 hits, 399 home runs, and 1,583 RBI. 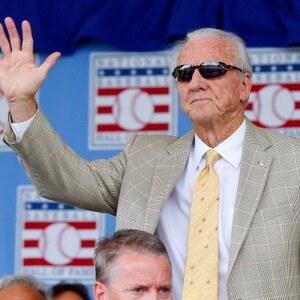