Beltre began his MLB career with the Los Angeles Dodgers in 1998 and joined the Seattle Mariners in 2005. He had a short stint with the Boston Red Sox in 2010 and soon after joined the Texas Rangers in 2011. Beltre is right-handed and had a career batting average of .286, 477 home runs, 3,166 hits, and 1,707 RBI. He has received four Golden Glove Awards, four Fielding Bible Awards, three Silver Slugger Awards, the Babe Ruth Home Run Award, and has been deemed NL Home Run Champion as well as a three-time All-Star. At his National League start, Adrian Beltre was named the youngest player in the game. Beltre's famous home run swing has captured the eyes of fans across the spectrum as he channels his energy by kneeling after an off-speed pitch. He is currently ranked at number 70 on the list of Top 300 Major League Baseball Home Run Hitters. Adrian retired in November 2018. During his career he earned $220 million in salary alone. That's enough to make him one of the 10 highest-paid players in MLB history. 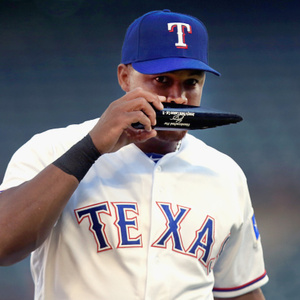