Aaron Rowand net worth and salary: Aaron Rowand is an American professional baseball player who has a net worth of $30 million. Aaron Rowand was born in Portland, Oregon on August 29, 1977 and began his stint in Major League Baseball in 2001 when he joined the Chicago White Sox as a pinch hitter and later flourished as an outfielder.

Teams played for include the Chicago White Sox from 2001 to 2005, the Philadelphia Phillies from 2006 to 2007, and the San Francisco Giants from 2008 to 2001. He has made appearances in two World Series championships, and was a 2007 All-Star as well as a Gold Glove Award winner that same year. With a batting average of .273, 536 runs batted in, and a total of 136 home runs, Rowand was known to bat and throw with his right hand. Though his last major league appearance was with the San Francisco Giants on August 30, 2011, Rowand completed a minor league contract with the Miami Marlins from winter of 2011 to spring of 2012. Rowand is married to Marianne Griffin and has two children by the names of Tatum and McKay. Other special mentions of Aaron Rowand include an episode on Season 3 of American Chopper: Senior vs. Junior in which Paul Junior built a Rowand-inspired bike. 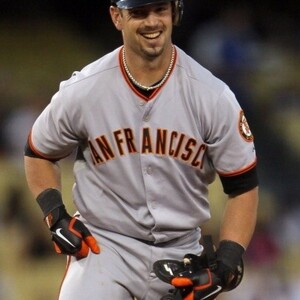