Aaron Harang Net Worth: Aaron Harang is an American professional baseball player who has a net worth of $25 million. Aaron Harang was born in San Diego, California, in 1978, and played college baseball at San Diego State University. The Boston Red Sox initially drafted him during the 22nd round of the amateur draft in 1996, but Harang did not end up signing a contract with the team.

Once his college career ended, the Texas Rangers selected Harang in the sixth round of the 1999 draft. He made his pro debut with the Oakland Athletics on May 25, 2002. Harang played in Oakland until 2003. He went on to play with the Cincinnati Reds from 2003 until 2010, the San Diego Padres in 2011, the Los Angeles Dodgers in 2012, the Seattle Mariners in 2013, the New York Mets in 2013, and the Atlanta Braves in 2014. As of the fall of 2014, the right-handed pitcher remains with the Braves. He had his best career season in 2006, when he led the National League in wins, strikeouts, and complete games pitched. He earned the Pitching Performance of the Month Award during the 2013 season. Through the end of the 2014 season, Harang has put together a 122-128 career win-loss record, a 4.21 earned run average, and 1,734 strikeouts. 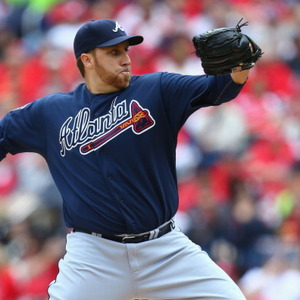