Rahul Dravid net worth: Rahul Dravid is an Indian born cricketer who has a net worth of $40 million. Rahul Dravid has earned his net worth playing professional cricket and as a member of the Indian national team.

Dravid was born in Indore, Madhya Pradesh on January 11, 1973 to a Maharashtrian Deshastha family. His father worked for Kissan, a company known for producing jams and preserves. Because of his dad's job, Rahul's friends friends and teammates at St. Joseph's Bloys's High School nicknamed him Jammy. His mother, Pushpa, was a professor of architecture at Bangalore University. Dravid holds a degree in commerce from St. Joseph's College of Commerce, in Bangalore.

Rahul became the captain of the National team in October 2005 and he resigned in September 2007. He received the honor of top five Wisden Cricketers of the year in 2000. Dravid was also awarded the honor of ICC Player of the Year and the Test Player of the Year at the inaugural awards ceremony held in 2004. Dravid himself holds the record of having taken the most number of catches in Test cricket. On August 07, 2011 he received a surprise call to play in ODI series against England he declared his retirement from One Day Internationals and T20. 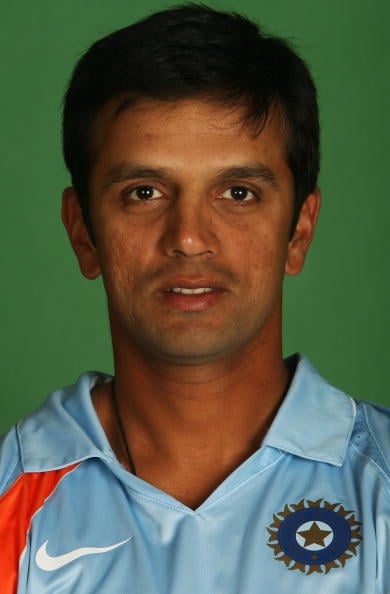 He has been called "The Wall of Indian cricket", and he has been regarded as one of the greatest batsmen in the history of the game. Dravid is the holder of many cricketing records. He is only the second behind Indian batsman, after Sachin Tendular, and the third international player to reach 12,000 runs in Test cricket.

Rahul Dravid played his last ODI innings against England at Sophia Gardens, Cardiff on Friday, 16 September 2011, where he scored 69 runs from 79 balls before eventually being bowled by Graeme Swann. He revealed his retirement plans before playing his first T20I match. He only played in one international T20I match, where he scored 31 (off 21 balls) vs. England at Old Trafford on Aug 31, 2011. 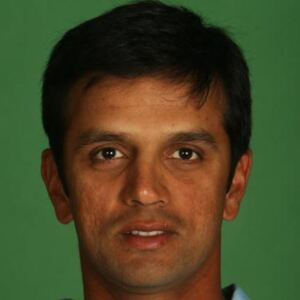