Ward Burton Net Worth: Ward Burton is an American stock car racing driver who has a net worth of $17 million. Ward Burton was born in South Boston, Virginia, in 1961, and he started racing in NASCAR's Busch Series in 1990. He led the series in poles in 1993. Burton made his NASCAR Nationwide Series debut the same year in the Pontiac 200 in Richmond.

He has since raced in 161 competitions in the last decade; his first win came in the 1992 Goodwrench 200 in Rockingham. He has four wins and 50 top ten finishes. Burton made his NASCAR Sprint Cup Series debut four years later at the 1994 Pontiac Excitement 400 in Richmond. He has since competed in 375 races over the span of 13 years, with his last race coming in the 2007 Subway 500 in Martinsville. He has five wins in the Sprint Cup Series with 82 top ten finishes and seven poles. He won the 2001 Southern 500 and the 2002 Daytona 500 after racing in eleven Daytona 500 competitions. Burton has three children with his wife, Tabitha: Ashton, Sarah, and John Edward IV. They live in rural Virginia where Burton owns hundreds of acres of land used for hunting. 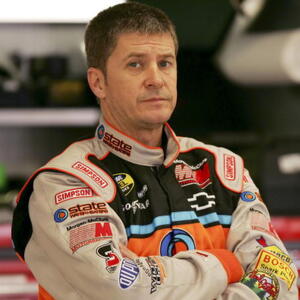