Tony Kanaan net worth: Tony Kanaan is a Brazilian professional racing driver who has a net worth of $20 million dollars. Born in Salvador, Brazil, Tony Kanaan began racing for Italy in the early 90s. He then moved to the US, where he became the 1997 Indy Lights Champion, and then won the 1999 U.S. 500 in Michigan.

Now established as a serious racing contender, the early 2000s started out well. He raced in a Honda for Mo Nunn until 2002, when the team lost its primary funding. He then began racing for Andretti Green and won numerous races. He was ranked 1st in 2004, 2nd in 2005, and 3rd in 2007 and 2008. Though he has won just about everything at least once, he has had notoriously bad luck at the Indianapolis 500, and has often run most of the race in 1st or 2nd position, only to have something go horribly wrong at the last minute. In 2011, he left Andretti and began racing for KV Racing Technology, though he has been less pleased with the speed of their cars. He is the first IndyCar driver to have completed every possible lap in a season, with 3,305. 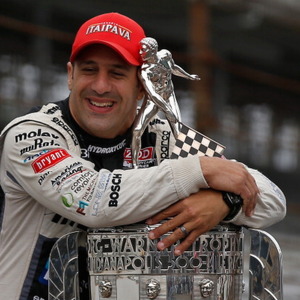