Tom Kristensen Net Worth: Tom Kristensen is a Danish racing driver who has a net worth of $20 million. Tom Kristensen was born in Hobro, Denmark in July 1967. Kristensen holds the record for most wins at the 24 Hours of Le Mans where he has won the event nine times including six consecutively from 2000 to 2005.

Tom won the race in 1997 with the Joest Racing team when he drove a Tom Walkinshaw Racing-designed and Porsche powered WSC95. It was the accident of Davy Jones that ruled Jones out of the race and had Kristensen as a late inclusion. Since then he has driven an Audi prototype except for in 2003 when he drove a Bentley prototype. His team crashed out of a comfortable lead late in the race in both 1999 and 2007. Kristensen is considered to be the greatest drivers to ever race in 24 Hours of Le Mans. He was appointed Knight of the Order of the Dannebrog by the Queen of Denmark. Kristensen has competed in Germany Formula Three, Japanese Formula Three, JTCC, Japanese Formula 3000, International Formula 3000, German Supertouring, BTCC, American Le Mans Series, and DTM. 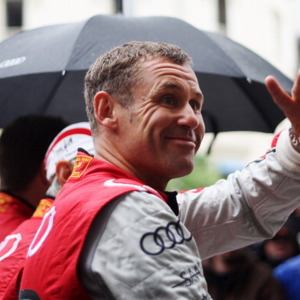