What is Sébastien Loeb's Net Worth?

Sébastien Loeb is a professional rally, racing, and rallycross driver from France who has a net worth of $55 million. He is the most successful driver in the history of the World Rally Championship, having won a record nine consecutive times from 2004 to 2012. Additionally, Loeb is a three-time winner at the Race of Champions, and was named French Sportsman of the Year in both 2007 and 2009.

Sébastien Loeb was born on February 26, 1974 in Haguenau, Alsace, France as the only child of Ingrid and Guy. He grew up in Oberhoffen-sur-Moder. As a teen, Loeb competed as a gymnast, becoming a four-time Alsatian champion and also winning the French Grand East. In 1994, he began working as an electrician at the Socalec company. The next year, he quit his job to focus on racing. Loeb began entering events in the French Citroën Saxo Trophy series in 1998, and won the title in 1999. A couple years later, he entered the inaugural Junior World Rally Championship, becoming its first winner after winning five of its six events.

In 2002, Loeb entered the World Rally Championship with the Citroën Total World Rally Team. He went on to take his maiden win alongside co-driver Daniel Elena at the Rallye Deutschland. The next season, Loeb won three WRC events: Monte Carlo, Germany, and Sanremo. However, he ended up losing the championship by a single point to Petter Solberg. Still, Loeb's reputation as a driver was growing significantly, and at the end of the year he was named Champion of Champions after beating Marcus Grönholm in the final race of the Race of Champions. Loeb would win two more Champion of Champions titles in 2005 and 2008.

The 2004 season was Loeb's best yet, as he dominated the WRC scene by winning six events and taking six runner-up positions. As a result, he won his first drivers' title. Loeb went on to win eight more consecutive titles through 2012, giving him a career record total of nine titles and making him the most successful driver in WRC history. He holds several other records in the championship, including the most events wins, most stage wins, and most podium finishes. Following the end of the 2012 season, Loeb announced his retirement from World Rallying. However, he subsequently participated in a handful of rallies in the 2013 and 2018 seasons. In the latter year, he won the Spanish round of the championship. 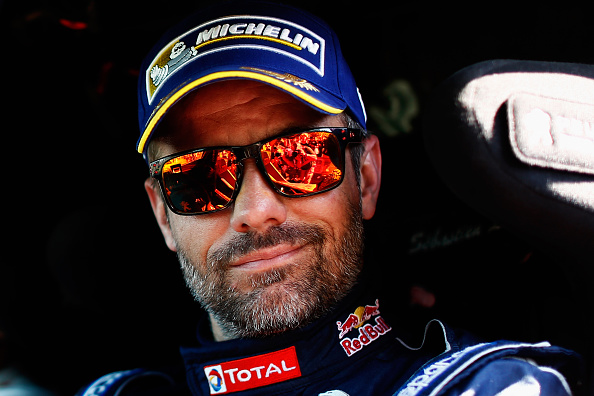 Beyond the WRC, Loeb won the rallycross gold medal at the 2012 X Games in Los Angeles. Later, following his initial retirement from rallying, Loeb competed in the Pikes Peak International Hill Climb, winning the event in a record time. Subsequently, in 2013, he participated in the FIA GT Series alongside Portuguese driver Álvaro Parente. The pair took three qualifying race wins and one championship race win for an overall position of fourth place in the season. Also in 2013, Loeb participated in two races of the Porsche Supercup, finishing 11th in Spain and 16th in Monaco.

In 2014, Loeb entered the FIA World Touring Car Championship for his first full season of circuit racing. He ended up winning two races and taking six podiums on his way to third place in the championship. Two years later, Loeb joined the Swedish Team Peugeot-Hansen to participate in all 12 rounds of the 2016 FIA World Rallycross Championship. He took his maiden victory in the series in the Latvian round, and went on to finish fifth in the Supercar class standings with four podiums and six top-fives.

As he was becoming more renowned in the WRC, Loeb started participating in road racing events and tests. He competed for the first time in the 24 Hours of Le Mans sports car race in 2005, driving for the Pescarolo Sport team. The following year, he finished second overall in the race. Later, Loeb entered the French GT Championship driving a Ferrari 550 Prodrive and a Porsche 911 GT3-RSR. He also competed in the French Carrera Cup, where he took some top-ten finishes. In 2012, Loeb launched his own Sébastien Loeb Racing, which competes in both the European Le Mans Series and the FFSA GT.

Loeb is married to his wife Séverine, who runs the Loeb Events hospitality area at rallies. She also often replaces Daniel Elena as Loeb's co-driver for non-championship events. Together, the couple has a daughter named Valentine, and lives near Lausanne, Switzerland.

In May of 2009, Loeb was made a knight of the Legion of Honour by then-French president Nicolas Sarkozy. Among his other honors, Loeb is a member of the Champions for Peace club, a group of elite athletes devoted to the use of sport to foster peace throughout the world. 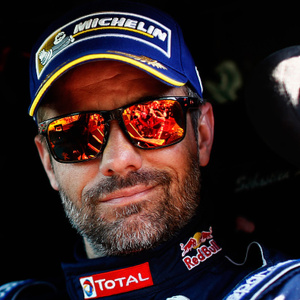