What is Sebastian Vettel's net worth, salary and career earnings?

Sebastian Vettel is a German Formula One racing driver and has a net worth of $140 million. He has driven for teams such as BMW Sauber, Toro Rosso, Red Bull, Ferrari, and Aston Martin, having won four World Drivers' Championship titles. These four titles came consecutively over a period from 2010 to 2013. Only an elite group of drivers have won a World Championship before the age of 25, and Vettel holds the honor of being the youngest-ever World Champion. In 2010, he won the Championship at the tender age of 23. A highly consistent performer, Sebastian has finished on the podium 122 times, which is more than any other F1 racer in history. He also holds records for the most third and fourth-place finishes.

After beginning his racing career in karting, Vettel became a test driver for BMW Sauber in 2006. He then joined Toro Rosso and became a full-time F1 driver by 2008. After a promotion to Red Bull in 2009, Sebastian began his winning streak, which lasted for several years. In 2015, Vettel joined Ferrari and fought with Lewis Hamilton for the title over the next few years, finishing as runner-up two times. Recently, Vettel has come under pressure for making mistakes and seemingly struggling with self-confidence, motivation, and other issues, although his career has seen something of a resurgence after moving to Aston Martin.

Sebastian Vettel was born on July 3rd of 1987 in Heppenheim, West Germany. While Sebastian struggled academically, he managed to achieve respectable grades. A music enthusiast from an early age, Vettel initially had plans to become a singer. When he realized that his voice was not good enough, he focused on a racing career. A true polyglot, Sebastian speaks English, French, Finnish, Italian, and of course German.

At the age of three, Vettel was racing karts for the first time. By the time he was eight, he was racing karts competitively. By 11, he had been accepted into Red Bull's Junior Team. Over the next few years, he won a number of titles before being given the chance to test various cars. Throughout the early 2000s, Vettel raced in the Formula 3 Euro Series and the Formula BMW ADAC. He was then promoted to test driver under BMW Sauber in 2006.

In 2006, Vettel became BMW's third driver at the Turkish Grand Prix. He immediately set the fastest time during practice and became the youngest F1 driver to participate in a Grand Prix weekend at the age of just 19. By 2007, he was confirmed as BMW's official test driver. Later that year, he was released by the team and joined Scuderia Toro Rosso. Strong results came with the Chinese Grand Prix, the Monaco Grand Prix, and the European Grand Prix over the next few years.

In 2008, Sebastian won his first Formula Grand Prix in Italy, becoming the youngest driver to do so. This led to his promotion to Red Bull in 2009, which saw Vettel embark on arguably the high point of his entire career. Although he finished as runner-up in 2009, Sebastian won the Championship in 2010, becoming the youngest-ever world champion. He then defended his title in 2011, 2012, and 2013. Issues started to arise in 2013 when Sebastian ignored team orders to win the Malaysian Grand Prix. He was then booed by spectators, which affected his confidence. 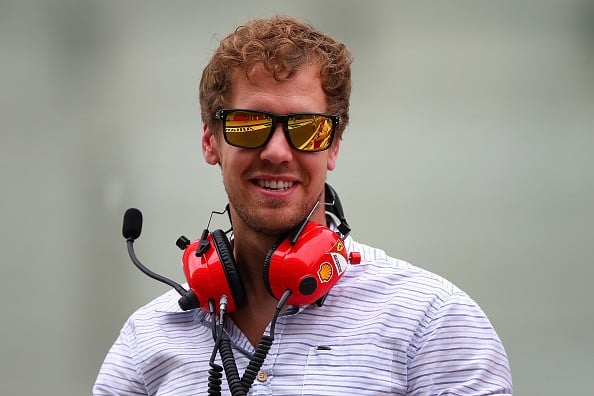 When Daniel Ricciardo was promoted from Toro Rosso, Red Bull began to focus more on this young driver, and Vettel was neglected. 2014 was an absolute disaster for Sebastian, who failed to win a single race during the season – a rarity for defending champions. At the end of 2014, he inevitably left Red Bull, joining Ferrari. At the time, Ferrari was not competitive, and so any planned resurgence of his career was unlikely. However, he managed to bring strong results to the team almost immediately, winning the Malaysian Grand Prix and delivering Ferrari its first win in almost two years.

Things began to decline over the next few years, however, and by 2016 he had failed to win a single race all season once again. In 2017 and 2018, however, Sebastian became a legitimate title contender, battling Lewis Hamilton and finishing as runner-up twice. Although he fought well over these two seasons, Vettel ultimately experienced disappointment for not claiming his fifth title, as he had led the championship on multiple occasions. Many fans criticized him for making too many mistakes. Over the next few years, Vettel's form began to dip, and Ferrari declined to extend his contract. He finished the 2020 season with just 33 points – an all-time low in his career.

Fortunately, Vettel was given a lifeline by Aston Martin, who helped him resurrect his career to some extent. Signing with the team ahead of the 2021 season, Vettel went on to finish second at the Azerbaijan Grand Prix and eventually finished the season with a 12th-place finish. In addition, he made more overtakes than any other driver that season with a total of 132.

Sebastian married his childhood friend Hanna in 2019. They have since had three children together, the youngest of which was born in 2019. Vettel is famous for his private lifestyle, and he is the only Formula One driver with no social media presence whatsoever. 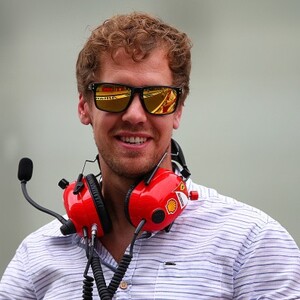