After winning the U.S. and Canadian Grand Championships multiple times, he began racing in the U.S. F2000 Series. He began racing in the IRL series in 2000, and he would go on to become the first three-time IRL champion ever. As an IndyCar racer, he had 19 wins and 47 podiums. He began racing for NASCAR in 2006, and to date, has finished in the Top Ten nine times in the Sprint Cup Series, and has won one race, one pole, and finished in the Top Ten twenty-five times in the Nationwide Series. He currently races for Penske Racing in both the Sprint Cup Series and the Nationwide Series. 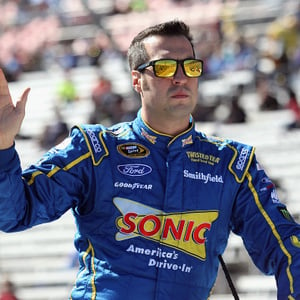