Rusty Wallace net worth: Rusty Wallace is a former NASCAR driver and current ESPN and NASCAR analyst who has a net worth of $40 million. Born in Arnold, Missouri, Rusty Wallace, also known as Russell William Wallace, Jr., began racing in the late 70s, and quickly established himself, winning over 200 short track races.

He began racing on the NASCAR circuit in 1980, and finished second in his first race. He performed moderately well for the next few years, but began to truly break out on the NASCAR circuit, when he began racing full-time in 1984. He earned the NASCAR Rookie of the Year honor that year, and spent the next 25 years winning races. He raced for Blue Max and Penske, and had 55 wins and 349 Top Ten finishes in the NASCAR Sprint Series. He also had 18 Top Ten finishes in the NASCAR Nationwide Series, and another Top Ten finish in the Camping Truck Series. After retiring from racing, he became an analyst for ESPN in 2006, and is also the co-host of "NASCAR Angels." 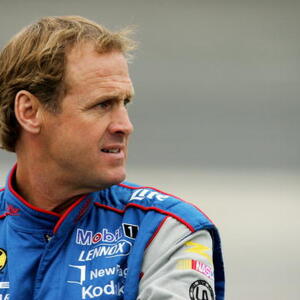