He finished as the championship runner-up in both 2002 and 2003 and was third in 2001 and 2009. He set a record for most race starts in Formula One with 322 and also scored the 11th highest points total in Formula One history. Rubens Barrichello became the most experienced  driver in F1 history at the 2008 Turkish Grand Prix. He also became the first driver to reach both 300 Grand Prix entries and 300 starts in 2010. He won five constructors' titles with Ferrari and then let to sign with Honda. In 2010 he was appointed the chairman of the Grand Prix Drivers' Association. He is also the only Formula One racing driver to race in four different tire brands. 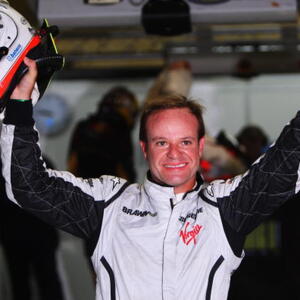