Robert Hight net worth and salary: Robert Hight is an American NHRA drag racer and the president of John Force Racing. He has a net worth of $3 million. Robert Hight is also the driver of the Auto Club of Southern California Chevrolet Camaro SS Funny Car. He joined the funny car circuit in 2005 and has more than 300 starts and over 40 wins.

Hight finished 1st in 2009 and 2017 when he won the NHRA Mello Yello Drag Racing Series. In 2009 he gave John Force Racing their 15th championship. In hist first 13 competitive seasons Hight has finished in the top 10 in points. His family includes his father-in-law John Force, his sisters-in-law Ashley Force Hood, Courtney Force, and Brittany Force, and his brother-in-law Graham Rahal. Robert Hight started out as a clutch specialist for John Force Racing in 1995 and worked as a crew member until 2005 when he became a driver. He is married to the daughter of John Force, Adria Hight. 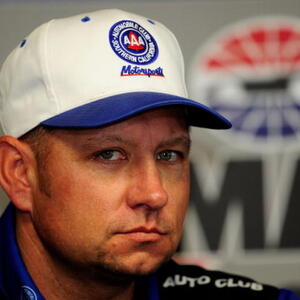