Born Robert W. Gordon on January 2, 1969, in Cerritos, California, US, he made a name for himself as a champion race car driver with NASCAR, Champ Car, Indycar, Trans-Am, IROC and Dakar Rally, as well as a reality television star. The son of an off-road legend "Baja Bob" Gordon, not only that he followed in his father's footsteps at the beginning of his career, but he also became a six-time off-road champion. It was in 1990 when Robby Gordon moved to sports cars and ended up winning five GTO races in 1991 and a Trans-Am race in 1992. A year later, he was driving for A.J. Foyt and there he got his first taste of Indy car. His career doubtlessly progressed as 1995 saw him winning four CART poles and races in Detroit and Phoenix. He made his NASCAR Winston Cup debut back in 1991, when he drove for Junie Donlavey in the Daytona 500; while in 1993, he went on to drive the No.28 Ford for Robert Yates Racing at Talladega Superspeedway. Throughout 1996, he also made single starts for Kranefuss-Haas and Dale Earnhardt Inc. before signing on with Felix Sabates. Over the next 2 decades, he ran 22 races with the team. One of the best road course drivers in NASCAR, Gordon formed his own Cup team in 2000 and ran 17 races while earning a 43rd-place finish in the overall standings. In addition to his active racing career, he stars on a reality TV series following the daily operations of his organization called SpeedFactory.tv, and he is also the founder of Speed Energy Drink. 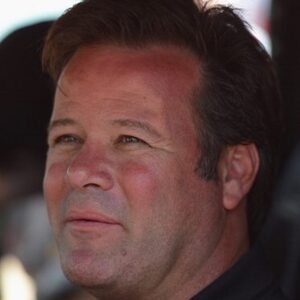