Ricky Stenhouse, Jr. net worth: Ricky Stenhouse, Jr. is an American NASCAR driver who has a net worth of $30 million. Ricky Stenhouse, Jr., was born in Olive Branch, Mississippi, and began stock car racing on the ARCA Racing Series circuit in 2008. His first year, he finished fourth on the circuit. He began racing part of the year on the Nationwide Series circuit in 2009, and then made his Sprint Cup debut in 2011. He currently races for Roush Fenway Racing. As a competitor in the Nationwide Series, he has wracked up 8 wins, 62 Top Tens, and 8 poles. As a Sprint Cup racer, he has four Top Tens, and one pole. He was the 2011 and 2012 NASCAR Nationwide Series Champion. He also received the NASCAR Nationwide Series Rookie of the Year Award in 2010, and the NASCAR Sprint Cup Series Rookie of the Year Award in 2013. Ricky has been romantically linked to fellow NASCAR driver Danica Patrick. On May 7, 2017 Ricky won the GEICO 500 at Talladega.

In 2013, Ricky bought a 140-acre estate in Mooresville, North Carolina. The property's primary mansion is just under 10,000 square-feet. In July 2022, Ricky offered the property for sale for $15.995 million. The equestrian property has a putting green, lake, resort-style pool with cabanas, 18 European-style horse stalls, covered riding arena and more. Here is a video tour: 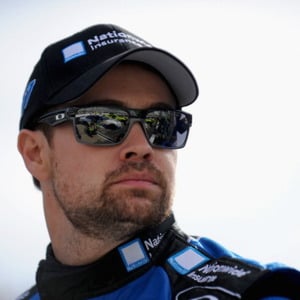