Rick Mears Net Worth: Rick Mears is a retired American race car driver who has a net worth of $15 million. Rick Mears was born Rick Ravon Mears on December 3, 1951 in Wichita, Kansas. He is one of the few to make history in the world of car racing. Mears was a high school graduate when he first started competing in off-road races along with his brother Roger.

In the late 1970s, he switched to Indy Car racing as he made his debut for the small Art Sugai team, driving an Eagle-Offenhauser. It was in 1978 that Maers was signed by Roger Penske to fill in when Mario Andretti was not racing in the Formula 1 circuit. In his rookie appearance at Indy, Mears not only managed to qualify on the front row, but also he was the first rookie to qualify over 200 mph. He has since built up an incredible racing resume. Today, he is one of the three racers who have won four times the Indianapolis 500 (1979, 1984, 1988, 1991), as well as he is still holding a record for pole positions in the race with six (1979, 1982, 1986, 1988, 1989, 1991). What's more, Rick Mears is a three-time Indycar national champion (1979, 1981 and 1982). Even though retired from the sport, Mears is still working as a consultant to Penske Racing, the team with which he won all of his Indycar races. His enormous contributions to racing earned him a spot into the International Motorsports Hall of Fame in 1997, and then in the Motorsports Hall of Fame of America one year later. Mears and Bobby Unser are the only drivers to have won the Indianapolis 500 in three different decades. 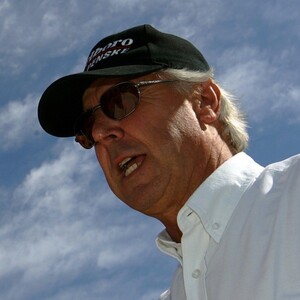